MADAME GANDHI CELEBRATES CONSISTENCY IN LOVE WITH “SEE ME THRU,” THE VIBEY NEW RnB SINGLE AND VIDEO FROM VISIONS EP
Watch “See Me Thru” Here / Password: visions
Private YouTube Link Live Tuesday at 10 am EST Here
"Sonically, Gandhi used ‘Top Knot Turn Up’ as an opportunity to ‘provide and design the alternative’ for the trap and EDM music she loves, without the ‘violently misogynist lyrics’ that so often come with the genres.” —Nylon
“Like a movement gathering momentum.” — New York Times on “Bad Habits”
“Madame Gandhi is Here to Disrupt Your Regularly Scheduled Programming.” — Billboard
“Madame Gandhi's ‘Top Knot Turn Up’ Is a Feminist Trap Banger.” — Vice
“It's a socially conscious bop worth every groovy second, and then some, for its empowering message.”  — Paper on “Bad Habits”
"Rather than view her solely as a musician, it’s far more accurate to view Madame Gandhi as a cultural phenomenon. Every incarnation of her work reveals a hunger to fuel representation and challenge oppression." — Tidal
“Your Fave Activist-Artist.” — Nylon 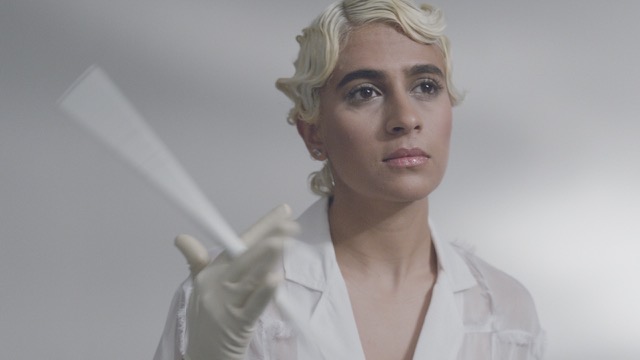 Immediate Release
Artist/ activist Madame Gandhi kicks off a new year and decade with her new single “See Me Thru,” from her widely embraced Visions EP.  The vibey, downtempo RnB song celebrates the idea of consistency in a world that is overwhelmed by distraction. Directed by and co-starring real-life married couple Dejha Ti and Ania Catherine, the video for “See Me Thru” showcases the nuances of two women in love and brings to life the song’s message about sticking with a relationship and seeing it through to reap the benefits of commitment. In keeping with Madame Gandhi’s dedication to amplifying the voices of womxn, folks of color, and the queer community, the video was created by a female-led crew and features fashion by style partner Perfect Number, a Los Angeles-based femme brand whose tagline is “redifining femininity,” which is one of the underlining themes of “See Me Thru.”
In the song, Madame Gandhi describes all the various ways she is committing to a deeper love. “I said come and live with me, I get so inspired by you,” she sings over a chill downtempo groove with her drums to the front. “Come share your complexity, and come and see me through,” she implores. Madame Gandhi explains,“‘See Me Thru’ is about seeing a relationship through. We are in a generation where we are bombarded with choice and with new ideas at an unprecedented rate! As a result, we move through ideas, jobs and people so quickly. This song is about valuing consistency – about seeing consistency as today’s new social currency. If the last decade was about spontaneity, I believe this decade will be about following up and doing what we say we’ll do.” Speaking on the holistic aspects of the song, Gandhi adds, “I wanted to write a song that celebrated lovers who are brave enough to go deep with their significant other, knowing the blissfulness that might be awaiting them on the other side.”
Reflecting this sentiment, the video shows a female couple tenderly exploring each other through touch intercut with shots of Madame Gandhi playing the drums and dancing. Regarding the music video specifically, Gandhi states that real-life married couple Dejha and Ania were the perfect team for this project.  “I wanted to depict a sincere and deep love, and provide an alternative portrayal of queer femme love that is often shown in a vulgar or oversexualized way. I wanted to celebrate the nuances of touch, the moment where you lock eyes with someone and realize you’re in love with them, the push and pull that often emcompasses the phases of a relationship. We intentionally decided to exclude nudity and kissing from the video, so as to avoid the pornigraphic context in which nude female bodies often exist.”
Part of Gandhi’s exploration of femininity includes partnering with fashion brand Perfect Number whose stated aim is to reexamine and subvert traditional gender roles and feminine dress codes. In the video, Madame Gandhi, Dejha, and Ania are all seen wearing Perfect Number pieces, reinforcing the theme of redefining femininity.
In addition to releasing “See Me Thru,” Madame Gandhi is currently touring with morning dance party Daybreaker as the drummer for Oprah Winfrey’s 2020 Vision Tour. Gandhi is also a voting member of the Recording Academy and will be DJing the Grammy Museum Brunch on the eve of the 2020 Grammys.
About Visions
Visions is Madame Gandhi’s enthusiastically received second installment in her EP trilogy which is dedicated to elevating and celebrating the female voice and kicked off with 2015’s acclaimed Voices EP. Read more about Visions in our press release here. Watch “Top Knot Turn Up” here. Listen to Visions here.
About Perfect Number
A cultural platform that seeks to reflect the fluid nature of modern femininity and challenge digitally-created ideas of perfection, Perfect Number re-examines and subverts traditional gender roles and feminine dress codes.
Follow Perfect Number
Website | Facebook | Twitter | Instagram 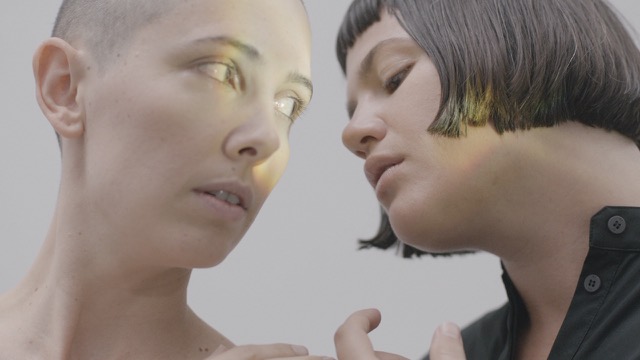 About Dejha Ti and Ania Catherine
Dejha Ti and Ania Catherine are a Los Angeles-based artist duo whose collaborative practice spans fine art, nightlife, and commercial realms. Both conceptual artists, their expertise collide—Ti with an extensive background in immersive art and human and computer interaction (HCI), and Catherine a recognized choreographer and performance artist. The duo brings together environments, performance, and creative technology generating immersive experiences that draw audiences into their idiosyncratic worlds. Rooted in the understanding that immersion is not only a physical state, but also an emotional and psychological one, their work is defined by nuance within scale, producing a feeling instead of a spectacle.
The duo launched Operator, an art house that executes their large-scale multifaceted works and selectively that of like-minded cultural institutions and companies.
https://www.operator.la/about
For all media inquiries, contact: siouxz@magnumpr.net