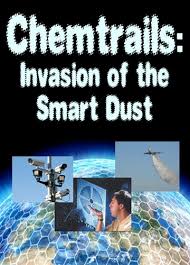 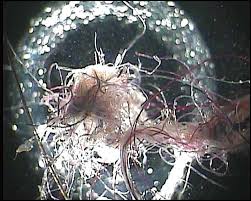 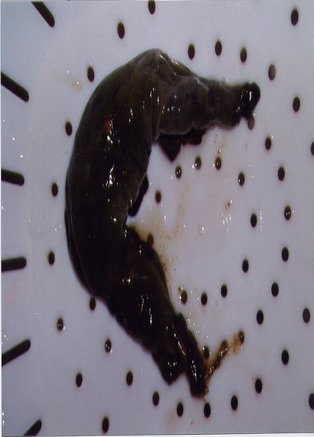 IAHF List:
Don't let your internal biology be hijacked and turned synthetic!
Taking sulfur twice a day is a good first step for detoxification, but to really properly protect yourself, you need to also focus on detoxing your organs of elimination beginning with the bowel, here is why:
See this leaked NASA Document titled "Future Strategic Issues/ Fuure Warfare- CIRCA 2025" by Dennis M. Bushnell, Senior Scientist NASA Langley Research Center"
It’s a dystopian world full of robots to replace humans, except in this unraveling story, it is the human who is hunted, not the robot made to perfection. The report was leaked by a disgruntled NASA employee to the front page of NASA's website in July 2001, only months before the attacks on the Twin Towers and other select locations. (It was promptly REMOVED from NASA's site less than an hour after being leaked, but its been preserved in cyberspace- so we have been WARNED! In this newsletter I will tell you how you can DETOX yourself so as NOT to have your internal biology HIJACKED via SMART DUST we're all INHALING right NOW!!
The first page of the document outlines several topics. I’ll list only a few to give the overall idea.
The link is here for you to see for yourself.
It is your decision to make whether or not it makes sense to methodically DETOX all your organs of elimination (starting with the bowel) to stop your internal biology from being hijacked via weaponized parasites that are INTENDED to screw with specific key biological processes (such as our red blood cells ability to carry oxygen.)

The ruling elite, who have many  ways of insulating themselves from the effects of what they seek to do to us "useless eaters" clearly indicate on Page 43, in a Section titled "MICRODUST WEAPONRY"  that they have Micro Dust Weaponry – Analog to Bio, Micron sized mechanized “dust” which is distributed as an aerosol and inhaled into the lungs. Dust mechanically bores into lung tissue and executes various “Pathological Missions.” (See P.43)
People Take Cars To Jiffy Lube While FAILING to do BASIC MAiNTENANCE on their INTERNAL ORGANS- With CHEMTRAILS You Will PAY if You Make This MISTAKE!! What You CAN DO !!!
The advantage of detoxing your bowel is that you will loosen up and eliminate the thick mucoid plaque that has been tenaciously adhering to the walls of your small intestine for your whole life!
By flushing the mucoid plaque out of your body, for the FIRST TIME since you were a young kid you will finally be able to get OPTIMAL ABSORPTION of the food you eat and the supplements you ingest which will boost your immunity to help you counteract the weaponized parasites that we are all ingesting that are intended to hijack our natural biology and turn it synthetic to specifically screw with all of the vital functions identified by Dr. Clifford Carnicom (SEE)
By flushing the mucoud plaque out of your body you will stop it from PUTRIFYING, wrecking your Ph by turning it acidic, creating an optimal environment for every sort of degenerative disease!
Please help yourself this summer, you'll be glad you did!! HERE IS WHAT TO DO!
HERE IS WHAT TO DO:
1) Get one or more bottles of Intestinal Formula #1
2) Get one or more bottles of Intestinal Formula #2
3) Get one or more bottles of Super Food Plus
To blast loose your mucoid plaque by using these products you will need to read "The 5 Day Bowel Detox" (FREE DOWNLOAD HERE!) and
You will need to read "The Quickstart Guide". (I'll send you a laminated quick start guide when you buy the three products listed above necessary to do this detox!
From the Quickstart Guide you will see the list of specific fruits, garlic, ginger, and olive oil that you'll combine with the Super Food Plus needed to make the smoothies recommended for this detox, and you'll need a high speed blender!
I have done this detox, it was WELL WORTH THE EFFORT and I can guide anyone through it!
This summer, to really protect from the chemtrails, I would also recommend you make the investment in your health to also detox your liver/gallbladder, kidneys and blood..... but FIRST THINGS FIRST!!
To START OUT, you MUST first clean your bowel by taking the steps outlined above!
Also, I've been getting reports from customers all over the country about increased chemtrailing! The ruling elite seek to hijack our natural biology and turn it synthetic as discussed in this previous alert!
I