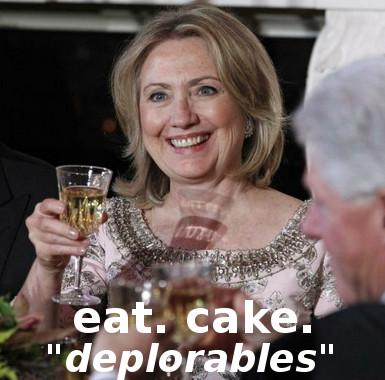 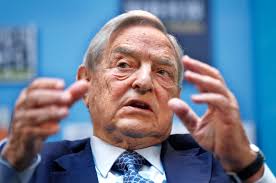 IAHF List: Right now Obama (and his Globalist String Pullers) are DESPERATELY trying to Start World War Three, a war which America has been set up to LOSE, and your prayers are badly needed for Trump, for Freedom, and for PEACE at this time- otherwise, America could soon be TOAST as the Electoral College Vote Looms on Monday December 19th with Hillary and the Globalists still pulling out all stops to try to STEAL the Election!!

Both the FBI & CIA have been caught LYING as they claim FALSELY that "The Russians hacked our election in order to help Trump". See the Spin of the CIA/Globalist controlled Washington Post, and contrast it with the TRUTH expressed HERE:

DAILY MAIL: Ex-British ambassador Craig Murray was the source of the DNC leaks

"Craig Murray, former British ambassador to Uzbekistan and associate of Julian Assange, told the Dailymail.com he flew to Washington, D.C. for the emails where they were clandestinely handed off in a wooded area near American university.
The leaker's motiviation was "disgust at the corruption of the Clinton Foundation and the tilting of the primary election against Bernie Sanders". Murray has claimed the the source had legal access to the information.
The documents came from inside leaks, not hacks and that Russia had nothing to do with it. Murray is a controversial figure who was relieved of his post as British ambassador amid allegations of misconduct but is close to Wikileaks

Please join me in praying THIS PRAYER like your LIFE DEPENDS on IT because it DOES as you will see if you read this whole alert carefully!!
"if two of you on the earth agree about anything you ask for, it will be done for you by My Father in heaven.  For where two or three gather together in My name, there am I with them.” (Mathew 18: 19-20).
Heavenly Father, the victory that Donald J. Trump and America and the world experienced on election night last November 8th was from Your Hand, O Lord. But the battle we won is just the beginning, as our enemies continue to plot under cover of darkness to steal the election and hand it to Hillary Clinton. You, O Lord, have the power to shut the doors that others want opened, and to open the door  that others want shut. We implore you, O Lord, to help us shut the doors to their evil schemes and eliminate all obstacles that will prevent us from complete victory over evil. Please help us keep open the door for these specific events:
- on December 13, 2016 that all states that Donald J. Trump won will successfully certify the electoral votes;
-  on December 19, 2016 that all the Republican electors will faithfully cast their electoral college vote for Donald J. Trump;
- on January 20, 2017 that a peaceful and successful Inauguration for President Donald J. Trump and Vice President Mike Pence will occur; and that over the entire length of their term, the Trump Administration and their cabinet will be guided by Your Holy Spirit in faithfully carrying out the promises made during the campaign to make America great again.
Please place a hedge of protection over the United States of America, and deliver us from all evil in all levels of government both at home and abroad. Forgive us for the many times where we have lost faith or doubted you. Guide our newly elected leaders to put the interests of our Country first and to be guided by Your Holy Wisdom in all matters great and small so that America once again will become a shining city on a Hill, to be a beacon of Light and Hope in this world full of darkness.
This we ask in Jesus Name,
Amen.
We can expect radically increased Chemtrailing in the New Year regardless of the outcome of the Electoral College Vote, and regardless of what happens on January 6th when our corrupt Congress "counts" those Electoral College Vote because our would be "Slave Masters" seek to cull the human herd, but we are NOT POWERLESS to PROTECT OURSELVES, our FRIENDS, our FAMILIES and many others within our spheres of influence and I am COUNTING on you to mass forward this and to make the effort to EDUCATE as many people as possible around you as I strive to do!
NOW would be a very smart time to not only stock up on Sulfur by making Bulk Purchases to Save Money, but you'd also be Wise to vow in the New Year to FINALLY detox your Bowel in order to jettison that thick rubbery mucoid plaque that impairs your proper absorption of nutrients by as much as 70%, wrecking your immunity, and making you VERY VULNERABLE to the N.W.O.s efforts to hijack your natural biology and to turn it SYNTHETIC via the weaponized parasites being sprayed on us via the Chemtrails!
We are all breathing in  the weaponized Morgellons microorganisms that have been tweaked in a bioweapons lab at Stanford University in order to alter specific biological processes such as our red blood cells ability to carry oxygen.
This isn't just ME saying this, I'm backed up by German Biologist Harald Kautz Vella, PhD; by Clifford Carnicom; PhD; by Sofia Smallstorm; by film maker Michael Murphy and many others from the Underground who can clearly see whats going on-please help me awaken everyone within your sphere of influence!
If you wish to remain human, and not be converted into a non reproducing cyborg via the weaponized parasites that have been tweaked in a bioweapons lab via Nanotechnology, if you don't want to be biologically microchipped as Skizit Gesture warns is happening in her Morgellons videos that show the tweaked parasites, in her Morgellons videos that show the tweaked parasites,
I urge you to not only drink Sulfur water twice a day and to flush out the toxins released from your liver, kidneys and cells into your urine by drinking half your body weight in ounces of water per day, but I also seriously urge you to make the effort to emulate what I and a growing number of others on the IAHF list have been doing: Methodically DETOX all your organs of elimination as Herbalist Richard Schulze exhorts us all to do (see pdf of his "Incurables" Program!
You BEGIN this Program with the Bowel Detox, then move on to Liver/Gallbladder, Kidneys and Blood. I can guide you through the whole program because I've done it. Its well worth the effort, especially given the level of biological assault we've come under from chemtrails, vaccines, toxic pharmaceuticals, GMO foods, water fluoridation, etc....
You take your CAR to JIFFY LUBE to change the fluids regularly... this CHRISTMAS please give YOURSELF and your FAMILY the gift of LIFE!! Show them this newsletter! Encourage them to JOIN you in detoxing all your organs of elimination, because by just doing the BOWEL detox alone my energy level shot up by 70% and yours will too! Imagine pushing 60 and having the same boundless energy you once had years ago when you were 11 years old and running all over the place! You CAN!!!
Since this is cold season as temperatures drop, I ALSO urge you to stock up on herbalist Richard Schulze's Echinacea Plus!