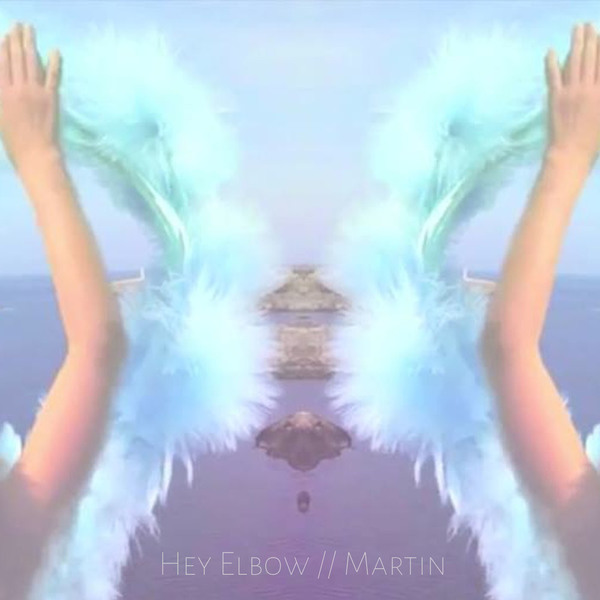 Hey Elbow consists of Julia Ringdahl, vocals and guitar, Ellen Petersson, horns and electronics, and drummer Liam Amner. With a background in jazz and an ear for distortion they create weird pop music with a big sound.

Hey Elbow's track "Martin" starts off with massive thunderous drums, around which an angular building of synths, edgy guitars, hiss and percussion gradually rises. The beautiful and minimalistic singing repeats one line eight times, and small effective variations in the melody lets the listener know that no more words are needed. The rest of the singing is wordless, and the cacophony calls it a day the second its mission is done.

Debut album is scheduled for first half of 2015

Live:
2014-11-28: RECession Festival - Köpenhamn (DK)
2014-11-29: RECession Festival - Aarhus (DK)
2014-12-05: C/O Hak - Göteborg (S)
2014-12-06: Whelan’s - Dublin (IE)
2014-12-07: The Glad Café - Glasgow (UK)
2014-12-09: The Lexington - London (UK)
Adrian Recordings
Sweden
Their second effort, ‘Martin’, follows on from a stirring debut ‘Blanca’. And it’s the kind of track that’ll only fail to have an impact if you don’t know your Hey Arse from your Hey Elbow.
diymag.com
Hey Elbow pour forth an entire basin’s worth of unrestrained potential that catches all nearby items and notes of nature in their multilateral path of rushing, auditory waters.
Imposemagazine.com
The Swedish three-piece have a background in jazz, and this is swiftly evident in the drum fill intro to the track. Generally however, they veer towards epic, echo-y pop bombast.
Thelineofbestfit.com
we cannot simply stop playing it.
Gimmeindie.se
Only two songs in and there’s little doubt Hey Elbow are going to deliver something on their debut album; but with an ear for the unpredictable we might not know exactly what that will be…which is, in itself, a terrific prospect.
jajajamusic.com