This EP is a research paper and love letter to wildfires and the feedback loops of change.
Surf Philosophies released their debut album last year and they are now working on the follow up.
Today they are releasing a perfect in-between EP. An EP of compressed creativity.
The leading track - Seven Words - is a cover of the artist Weyes Blood.
All the other tracks are remix/collaborations in an all female compilation.
Lolina is the world well known electronica artist that also goes under the name Inga Copeland and been in the project Hype Williams.
Artist: Surf Philosophies
Title: Cherrytini EP
Label: Adrian Recordings
Spotify: https://open.spotify.com/album/1AxQCDOAMw7RGeJqkSjatw?si=mUxsAf4XRnOIZPiFxGbZdg
iTunes: https://itunes.apple.com/album/-/id1358766500 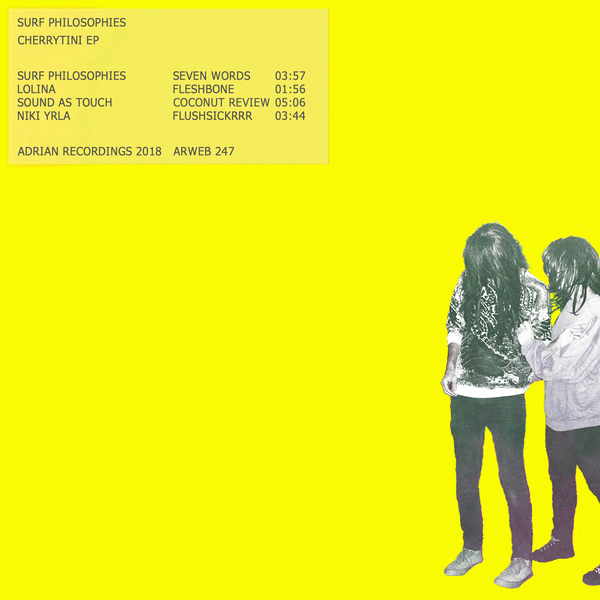 This Ep recognises the natural inexplicable power of burning away the present.
Only to discover a new nature.
From us to you, this Cherrytini is raised in defiance.”
- Surf Philosophies
Adrian Recordings