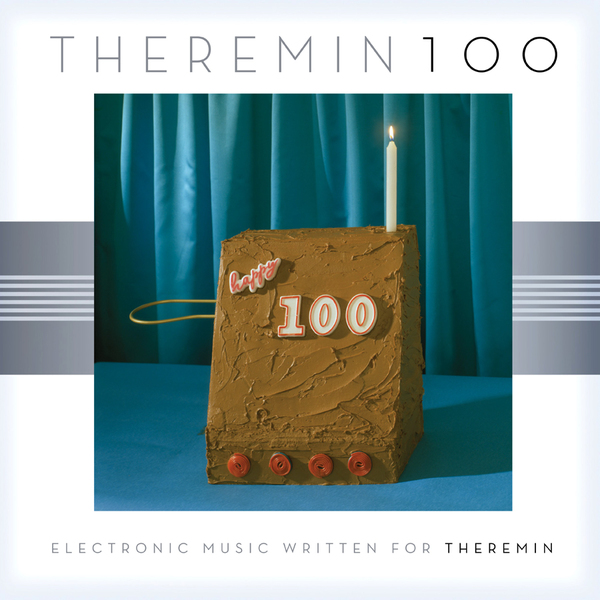 To mark the 100th birthday of the theremin, the NY THEREMIN SOCIETY is pleased to announce the release of THEREMIN 100 –  a compilation featuring 50 international theremin artists from 18 countries performing original works. THEREMIN 100 is available on limited vinyl edition, audio CD and digital format, capturing today's thriving and diverse Theremin Community. Vinyl and CD will be released on January 17th.
The compilation was curated by master theremin player Dorit Chrysler who says, “An international call out was made and to my big surprise a huge amount of submissions from all over the world trickled in – who knew there were so many theremin players – from a girl playing in a rock band in Peru to a Japanese theremin orchestra breaking Guinness book records, from Icelandic experimental to Australian goth, pop to classical.” She adds, “Tracks were chosen to highlight versatility in style, musicality, technique and innovation. I am so proud of the result and grateful for the opportunity of helping to bring attention to the current state of the theremin in composition. The theremin is still obscure in status, so I intended for this release to change the perception of the instrument a bit, demonstrating all the different things it can do.”
The compilation also includes a foreword by Albert Glinsky, author of "THEREMIN: ETHER MUSIC AND ESPIONAGE" who says, "As we mark the 100th anniversary of Lev Theremin’s beguiling etherphone, the instrument has come to enjoy a rich repertoire and an enduring identity, its inventor would be proud of. Lev’s primal ‘electronic Orpheus’ lament’ has spawned innumerable works and experiments across genres. The collection of music on this release is a testament to that legacy, representing the rich variety of approaches to a now classic instrument – an instrument that will forever inspire musicians to conjure new creations out of the spellbinding ‘ether.’”
Tracks of note include “BURY ME, BURY ME WIND,” a composition written for theremin in 1930, one of the first compositions for theremin by Joseph Schillinger, a friend of the inventor. When this piece was being premiered in 1931, Lev Theremin performed the part on the theremin himself. Also noteworthy is a pop caper written by Bruce Woolley who wrote “Video Killed the Radio Star”. He is behind the Science Radio Orchestra and the song features two thereminists, Charlie Draper (UK) and Lydia Kavina (Russia). There is also a touching performance by Japan Theremin Old School, led by Masami Takeuchi who taught over 800 Japanese theremin students. The piece was recorded before he had a stroke that disabled him from continuing to play the theremin. The compositions on the second part feature his students finishing the composition and playing along with the
original works, embracing his melody lovingly like a comforting blanket in the added harmonies. Mike Adams, President of Moog Music who still carries on Bob Moog's heritage of making theremins and who are supporting this release adds, “This is some of THE best Theremin music I have ever heard compiled.”
To help celebrate the release, Theremin 100 will host a series of events through out the year.  Events will be announced in 2020
For more information please visit: https://www.nythereminsociety.org/theremin-100-4
THEREMIN 100 TRACK LISTING FOR THE LIMITED EDITION VINYL
FEATURING FOREWARD BY ALBERT GLINSKY
11 X 17 POSTER
SIDE A
01 - Grégoire Blanc -  Waves 05:49
02 - Japan Theremin Orchestra 04:02
03 - Hyperbubble - (I’m Your) Satellite 03:57
04 - Charlie Draper - For Lev 01:46
05 - Peg Ming - Therexotica 02:25
06 - Therminal C - Sputnik Crash 02:23
SIDE B
01 - Christopher Payne - Somnambulist 04:06
02 - Radio Science Orchestra - Atom Age Girl 02:27
03 - Carolina Eyck - Reja 03:42
04 - Lydia Kavina - In Green 02:38
05 - Dorit Chrysler - Murderballad 02:59
06 - Hekla - Indendaro 04:51
Plus 38 Bonus Tracks to Download 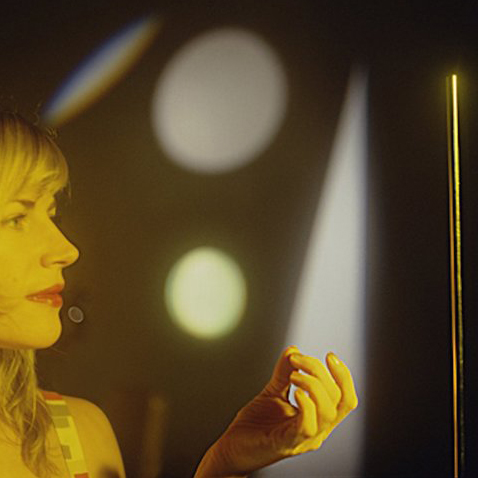 ABOUT DORIT CHRYSLER
Dorit Chrysler is an Austrian born composer based in New York. Following her studies of
musicology in Vienna, she moved to NY where she co-founded the NY Thereminsociety with
Suzanne Fiol. Dorit established KidCoolThereminSchool and L’Ecole Theremin with world
wide teachings of the theremin. She has released numerous records and written for TV and
Film. Having performed with the SF Symphony on several occasions, she is featured on the
HBO Soundtrack “Going Clear.” She has toured 6 continents and is the founder of Dame
Electric Festival.
Follow Dorit Chrysler
Instagram and Facebook: @doritchrysler
www.doritchrysler.com
Follow THEREMIN100 YouTube video channel and watch a new video each week for 51 weeks from TH100 participating artists
https://youtu.be/u-k1LQpb0gA
Follow the NY Theremin Society
Facebook and Instagram: @nythereminsociety
www.nythereminsociety.org
For media inquiries, contact: siouxz@magnumpr.net