After 2 glimmering singles it is now time for the last appetiser before Hey Elbow’s second album is out. The single is called ”Back to Reality”. We are hereby also announcing a great European tour. All dates below...
Artist: Hey Elbow
Singel: Back to Reality
Label: Adrian Recordings

Pre-order album: http://adrian.tictail.com/products/artist/hey-elbow
Julia Ringdahl (vocals/guitar)
Ellen Petersson (horns/electronics)
Liam Amner (drums)
Single #1 – Quest
Single #2 – Tell Me
Single #3 – Back to Reality
”Back to Reality differs from the rest of the tracks from the album in the way that we have played this song live before we recorded it. We think that you can hear that it has been shaped on stage and that we love to play it live in front of an audience. The ringing sound that you can hear clearly, for example 1 minute and 5 sekond in to the track, was one of the first building stones to the song."
- Hey Elbow 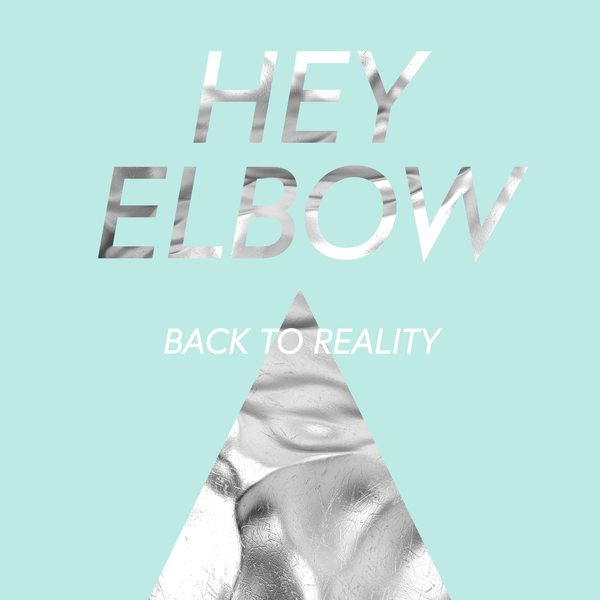 A sole energy might be the best way of describe what is happening when the members in Hey Elbow are in the same room. The unexplanatory phenomena when parts are one. The band only exist as a unite of three, in coexistence, on the stage, in the studio, in interviews, in the graphic expression. They describe a liberating feeling when they started playing together, like finding something that had been waiting to take form. Their creative process is more intuitive than analytical and they don’t limit themselves with thought-out stylistic moves.
The first single "Quest” was released just before the band did three special curated shows on Iceland Airways and rapidly placed them back on the scene as one of the most awaited new experimental pop bands around. The second appetiser was released in december and was called "Tell Me” a melodic, bombastic tune with beautiful orchestration that brings unknown feelings to surface. The third and last single ”Back to Reality” is now out. 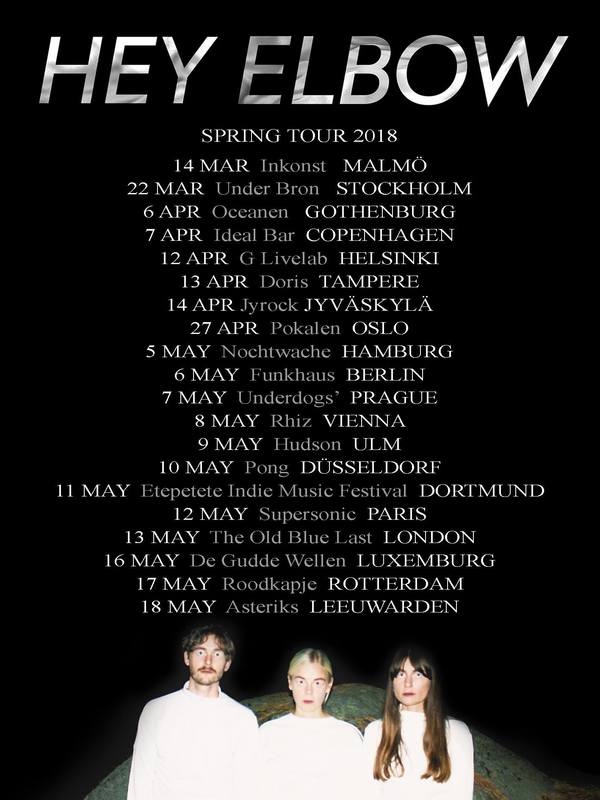