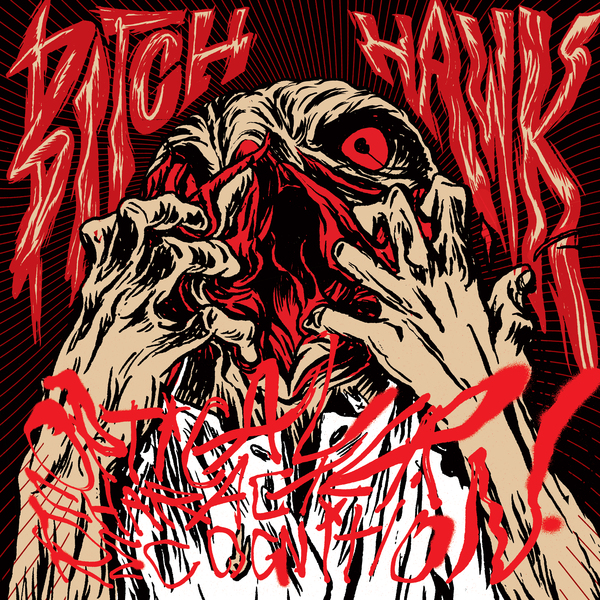 Bitch Hawk is a Swedish hardcore/punk/sludge/neo trash band from Stockholm, Sweden. The band formed a few years ago and are working furiously. Songs, releases and tempo are intensifying in pace by the minute. JOY is their second album and the second alum to be released in 2018.

Since the last recording, The sound has transformed in to an even sharper, nastier and brutal soundscape.

“We wanted the album to be called Joy. We wanted something totally stupid.
Our aim this time has been to cross-pollinate Megadeth and Lumpy and the Dumpers."

The members have experience, not necessary in the hard rock business. Patrik Berger is a well known songwriter to big stars like Lana Del Rey, Charli XCX, Arial Pink etc etc. Among numerous hits he wrote “I Love It” to Icona Pop and “Dancing on My Own” together with Robyn. Andreas Hourdakis is a well known Swedish jazz guitarist that plays international shows in Magnus Öström’s (E.S.T) band and as a solo artist with his own trio. Fred Burman also sings in the band Satan Takes A Holiday and Henrik Holmlund is experienced from numerous rock and ska bands.
Adrian Recordings
Sweden