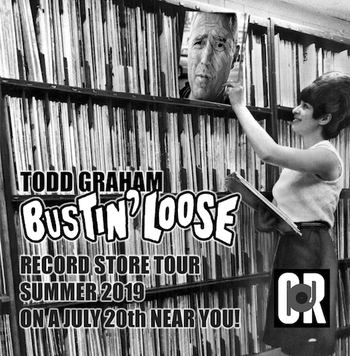 WHO: Todd Graham, aka Idiot Gallant
Todd Graham is a comedian based in Toronto, Canada. Todd, sometimes known as Idiot Gallant, refers to his irreverent comedy approach as "red herring rope-a-dope style". Todd Graham's debut comedy album, Bustin' Loose! will be released on Comedy Records on July 19, 2019. Presale is available on July 12.

WHAT: Todd Graham will embark on a one-day FREE stand-up comedy tour of Toronto area record stores to celebrate the release of Bustin' Loose!
WHERE:
Royal Cat Records - Guelph, ON - 11AM
Henry's Records - Scarborough, ON - 2PM
Pop Music Canada - Toronto, ON - 3:30PM
Dead Dog Records *Church Street Location - 5PM
Tiny Record Shop - Toronto, ON - 6:30PM
WHEN: Saturday July 20, 2019. The tour begins at 11AM and ends at 7PM ET. Estimated set times at individual stores are listed above.
HOW: All shows are FREE. No RSVP or ticketing, just walk in! Space is limited. All ages.
All press inquiries Andrew Gerhan - andrew@sharkpartymedia.com 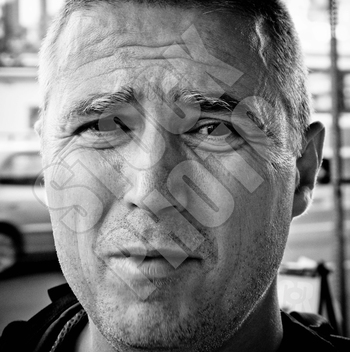 (DOWNLOAD HI-RES VERSION)
More about Todd Graham:
Todd Graham started doing stand-up comedy comparatively later in life than many peers - in his mid-40's. Prior to that, among other things he created visual art, most notably in 1987 an early audio/video mashup called "Apocalypse Pooh" where he spliced Apocalypse Now and animated Winnie-the-Pooh audio and video together, creating something new that was widely passed around via VHS tape among collectors of the bizarre. His "mash-up" went "viral" decades before either term was coined!
Todd Graham's debut comedy album, Bustin' Loose! will be released on Comedy Records on July 19, 2019. Bustin' Loose! was recorded over two and a half sold-out shows at Toronto's Comedy Bar in September 2018.
Todd has performed at some impressive clubs* and festivals** over the years. He’s opened for several pretty famous comedians*** and has even been on the radio**** & television*****  a few times. Still we think it would be for the best if you all come see him in person and then maybe let things progress naturally from there.