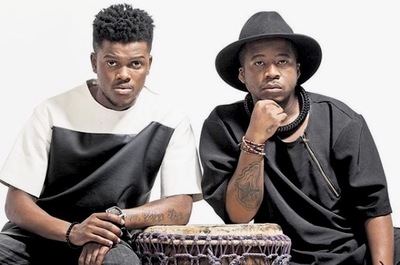 21 August 2018 | https://bit.ly/2BsGEQ2
The human rights and Palestine solidarity organisation BDS South Africa welcomes the news that the popular and award-winning South African music duo, Black Motion, are not performing in Israel.
News24 have reported that: “South African duo Black Motion are listed on the line-up for Meteor Festival which is being held in Israel from 6 to 8 September 2018 but will not be performing according to their management company, Sprit Motion. ...Black Motion’s management have told Channel24 that they e-mailed the festival’s organisers and stated that they do not want their clients to perform and want to be excluded from the line-up. Channel24 has screengrabs of those e-mails.” (click here)
BDS South Africa can confirm that we did reach out to the management of Black Motion, who graciously met with us, were open to the information we provided including the letter written by Palestinians (click here) and a letter by progressive Jewish Israeli allies (click here) urging artists to boycott Israel and not to perform at the upcoming Meteor Festival. We thank them for both their willingness to engage and their decision to not perform in Israel.
Israel is increasingly isolated as a result of the growing successes of the international boycott, divestment and sanctions (BDS) campaign launched by Palestinians in 2005 as a non-violent strategy to hold Israel accountable for its violations of international law. Stevie Wonder, Lorde, Macy Gray, Roger Waters, Simphiwe Dana, Zakes Mda and a growing list of international artists have in recent years either cancelled Israeli gigs, backed the boycott of Israel or lent other similar support to the Palestinian cause.
---------- * ----------
BDS South Africa calls on other artists, including American musician Lana De Rey, to also cancel their performances at Israel’s upcoming Meteor Festival. In a letter posted on Twitter, Del Rey, claims that her performance is not political, however, crossing the boycott picket line (as called for by the indigenous Palestinians and supported by their progressive Israeli allies) is a political act in itself. Palestinians know it, Israelis know it and we must assume that Lana Del Rey knows it - but is trying to use apathy, being “apolitical” and fake "neutrality" as a weak defense. As one of our beloved supporters of the boycott of Israel, Archbishop Desmond Tutu, has put it: “if you are neutral in situations of injustice, you have chosen the side of the oppressor.”
As South Africans who once experienced Apartheid similar to what Palestinians are now experiencing under Israeli occupation, and a people who also once called on artists to boycott our country, we join the global call for Lana Del Rey to cancel her upcoming collaboration in Israel. We hope that sense will prevail and that she will choose to be on the right side of history. Click here to read an article by Jewish activist Emily Hilton on Lana Del Rey's scheduled Israeli collaboration.