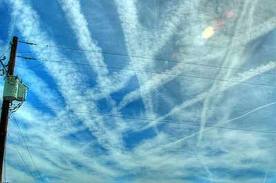 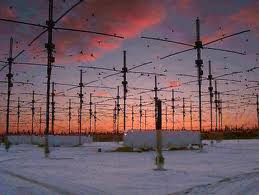 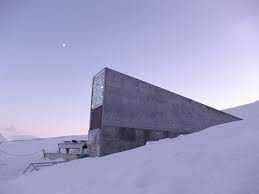 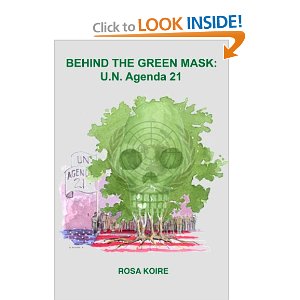 We Must Emulate Paul Revere With This Message!
We Are Not Defenseless!!
Please see this about the Chemtrail Awareness Project.  They have a test kit for testing your rain water which will show that the amount of barium and aluminum far exceed the allowable EPA levels. You can then use this data to pressure your congressman and Senators to take action! I just ordered one, please join me in fighting back!
The Norwegian Study shown below proves conclusively that the world's food supply has been horribly contaminated with toxic heavy metals from the billions of pounds of aerosols being sprayed on us. I am calling it to your attention because I hope you will join me in calling it to the widespread attention of health food store managers, naturopaths, people at church, people in the sauna at the gym, newspapers, radio talk show hosts, your family, friends, and neighbors because we must fight back against UN Agenda 21, we cannot allow ourselves to be like lambs led to the slaughter. We must hold more chemtrail awareness days like this one held in Mt.Shasta CA.
I am working hard here to awaken people in my local area around Bellingham WA, and Vancouver BC Canada in the hope of spearheading Chemtrail Awareness days in both places. I met with Jim Ashby, the GM of the Bellingham Food Coop for an Hour recently. So far, his head remains in the sand, but I am hoping the study below will help him and the Board of Directors of the Coop to awaken to the truth of which I speak. Ditto for Patti Brooks, host of the Morning Show on radio station KGMI in Bellingham who I have been emailing about this. Please join my efforts in your own area! Please show your family, friends and neighbors this information!
Show them this too from Stop Spraying California which is appealing to people in all 50 states, and has open letters on their sites to people in all 50 states, showing photos of chemtrails in all 50s states- you can read this open letters to the people in your state on the air, show them to family and friends, we must take a stand!
WE ARE NOT DEFENSELESS AGAINST CHEMTRAIL GENOCIDE!!
WE CAN AND MUST PROTECT OURSELVES!!
We can protect ourselves and our families by detoxing using organic sulfur, spirulina, chlorella, niacin, vitamin C, zeolite and via other means, but first- people must awaken to what is going on right under our noses!
Dane Wigington is an expert on solar power. His solar powered house in Lake Shasta, CA was featured on the front cover of a magazine about alternative energy, and he first became aware of chemtrails when he realized that artificial clouds caused by aerosols being sprayed by jets were causing a 25% reduction in the amount of sunlight reaching his solar array. Chemtrails are causing global dimming.
For two years he could not BELIEVE what he was seeing and DIDN'T WANT to believe what he was seeing, but the deeper he probed into chemtrails, the more he realized we were all undergoing full blown biological ASSAULT, he began to realize that he could no longer stay silent. Dane is interviewed in both of Michael Murphy's excellent documentary films "What in the World Are They Spraying?" and "Why in the World Are They Spraying?" .
Please urge everyone you know to watch these films, especially your family, friends, neighbors, elected officials, health food store employees and managers, alternative medical practitioners, anyone who can help get the word out to more people the way I'm doing here!
How can we protect ourselves from the heavy metals that are causing cancer, alzheimers, asthma, allergies, and numerous other illnesses? Organic sulfur chelates all these heavy metals, binding with them, safely removing them from from our bodies so they can't hurt us! Vitamin C, niacin, spirulina, chlorella, niacin, zeolite also help. Using a sauna helps.
Dane Wigington just sent me this research article from a Norwegian researcher that proves that all of our food is now horribly contaminated with toxic heavy metals from chemtrails. Please call this entire alert to more widespread attention! I am one person, but if all of you pull your weight, together, we CAN stop chemtrails! Please do radio shows where you are, tell everyone you know about the information I'm providing you, especially this research article:
﻿The study below was prepared by Norwegian researchers. It helps to document some of the extremely negative effects of the ongoing SAG (stratospheric aerosol geoengineering) and SRM (solar radiation management) programs. There are now no "organic" sources for food. All has been tainted with the toxic metals and chemicals being emitted by the global spray programs. Some of the toxic elements we are now forced to consume in our food have been identified, many others are likely as of yet unknown.

Theoretical implications as well as experimental proof show that (Ba, Srx) TiO3 nano particles <100 nm as they are discussed as one component for cloud seeding in global weather modification patents would cause harm to plants by

The complex interaction of these three theoretically possible forms of damage is not fully understood. However the over all effect on plants could be experimentally confirmed showing a lethal dosis for plants of aprox. 35 mg (Ba, Srx) TiO2 per kg dried organic matter depending on plant type and other external variables (both by lab analysis and) outdoor studies.
Due to the fact that: launching these projects would be a threat for the biosystems of the world which sooner or later would leed to a total destruction of natural biotopes and agricultural crop in fallout regions.
1.Introduction

The human mind is trained to think in macroskopic sizes, which can lead to wrong decisions when it comes to exposing nature to nano particles. The smaller the particles, the higher the surface/volume ratio becomes. We are technically able to produce (Ba, Srx) TiO3 particles with a surface of 2.500 square meters per gram. For the following estimations this value is going to be used for calculations.

Theoretically an amount of 300 tons of that material would be anough to build a 1 particle thick layer to completely optically cover a country of the size of Germany. To bring out these particles as an aerosol would take 30 flights with a Boeing 737 only. ﻿﻿﻿This study is too long for me to be able to copy and paste the whole thing into this alert due to memory constraints. If anyone would like the entire thing please email me a jham@iahf.com