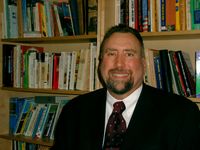 To All Natural Solutions Supporters:

This is an emergency appeal for help and support. No fancy graphics, none of the important information about health and freedom you usually get from our Health Freedom Action eAlerts... just this note to tell you Natural Solutions Foundation is about to be shut down - permanently - through a series of vicious attacks unless you help keep Health Freedom alive.  It's that serious.

We were preparing a new Blast and were going to tell you about the exciting news - Dr. Rima's Advanced Medicine organization, which endorses the Natural Solutions Foundation, has just come out against ALL GMOs... we were going to tell you about the growing alliance between health freedom advocates and natural farming groups to fight the (sic) "Food Safety" bills... we were going to tell you about our efforts to secure your right to self-quarantine in the event of a weaponized flu pandemic, instead of being forced to take a vaccine that might kill you... until this vicious attack took place and we had to change our direction from health freedom information and action to making sure Natural Solutions Foundation, the largest and most effective health freedom organization in the world, stays alive.

After all, if Natural Solutions Foundation were not making the kind of headway we are, why would we be attacked?  Why would we be the subject of constant disinformation and why would our funds, and funding, be attacked the way they have been?

So instead of news and action steps, we have an emergency to deal with.  It is called "survival".  Right now we have to tell you that we are about to lose access to our internet communication platform, Democracy in Action (DIA), the online facility that lets us send these eblasts to a quarter million people (not counting the several million more to whom they are forwarded).  We also have to tell you that we cannot pay the Natural Solutions Foundation's bills for this month because of this attack.  The money that we intended to pay them with has been taken from our bank account as part of the continuing attack on us, leaving us many thousands of dollars short.

We've already told you about the cyber attack we've been under, in which an "attack bot" was sending tens of thousands of fake $1 'donations' to us; and how even though we believe that their system should have caught the obviously fraudulent 'donations' (about which we notified them), the unfriendly corporation known as "authorize.net" decided to charge us ten cents for each fraudulent transaction - even after we purchased their so-called "Fraud Protection Suite" for a montly fee.  That means that the more than 100,000 fraudulent transactions the bot generated have cost us an enormous amount of money.  Authorize.net simply took those disputed charges from the Foundation bank account into which credit card purchases and donations were automatically deposited.  To date they have now taken thousands of dollars from our Foundation bank account, including all of your DIA donations from last month, leaving us with a negative account balance. We can't pay DIA. We can't pay our bills.  We can't attend the Codex meeting in Rome this coming July. Soon we won't be able to communicate with you at all.

Why?  Because today we received this note from DIA: "...past due balance ($6,450). This is unacceptable and if the remainder of the two invoices is not paid by the end of this week we will suspend service and potentially terminate our relationship..."

That's it folks. Unless we raise about $7,000 immediately to pay DIA, we will be terminated by our communication platform. No more concerted efforts that have had such powerful effects...

And unless we raise another $10K to pay our outstanding monthly expenses, and enough money to go to Codex in July, we will be on the outside, looking in... without being there for you.

You can see what we've accomplished with your help at: http://www.healthfreedomusa.org/?page_id=195.

It is really ironic that if everyone reading this email blast did, in fact, what the bot was supposedly doing, making donations of small amounts, we would not have this problem.  The fact is, however, that less than 4% of our primary mailing list readers (and that list is about 1/4 million people) donate.  Of the secondary list -- millions of people (!) a much, much smaller percentage donate.  Yes, they take action, and for that we are most appreciative, but they do not donate.  "Let George [or Jose, or Pierre, or Sasha, or Ng, or Warantai] do it!"

The truth of the matter is that health freedom belongs to every one of us and we need your help, large or small, and we need it now.

You will only be able to donate through our PayPal portal since we have shut off the credit card system that uses authorize.net or through sending checks or money orders to us at

We need your help to keep us alive and helping you by carrying out the battle for your health freedom.

Please, please give generously today: http://www.healthfreedomusa.org/?page_id=189. Recurring donations, whatever their size, are urgently needed.  All donations are tax deductible in the US.  Donations are accepted from supporters all over the world.

If everyone who normally opens this eblast donates even a few dollars every month, Natural Solutions Foundation will survive. It is up to you.  Is it worth $5 or $10 or more? We believe it is and we urgently hope that you think so, too. Large numbers of supporters open every blast: we need your help now!

Among our innovations on your behalf is the thrust to demand the right to self-quarantine if a Pandemic (real or imagined) is called, rather than be forced to take weaponized vaccines for a weaponized virus.

So, for as long as our communication platform remains available, send a message to Congress, your Governor and State legislators: we want our right to self-quarantine, in the event of a pandemic, to be legally secured:

Now is the time to show that our belief in you is justified.

If there is an Angel out there who can help us put our finances back in order, we need you to contact us immediately. Please contact our counsel Ralph Fucetola at ralph.fucetola@usa.net.

Thank you, each and every one of you, for your donations, large and small.  Each one will help to ensure that the Natural Solutions Foundation survives to continue the battle for YOUR health freedom.

Yours in Health and Freedom,