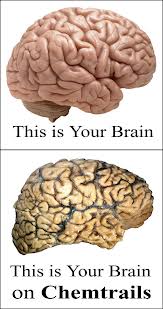 Ongoing Killer Tornados In Oklahoma Are Being Caused By HAARP & CHEMTRAILS, R U Protecting Yourself???
IAHF List: When I work up this morning, and saw this latest news story that 9 more people (including 2 children) have died from the latest tornados to slam into Oklahoma, I immediately went to this site that monitors HAARP status and wasn't surprised to see Oklahoma dead center in the bullseye as show in the screen shot above.
The implications of this are truly sickening. We're witnessing the intentional murder of the American people driven by UN Agenda 21, the blueprint for population control. Here we see hard evidence that our own government is malevolently killing us by using weather as a weapon.
Meteorologist Scott Stevens provides an in depth video explanation of how these Oklahoma tornadoes are being engineered using Chemtrails and HAARP and I urge you to watch his analysis here.
Watch NEXRAD TORNADO CREATION 101
Do you think that Grapefruit sized hail shown in North Texas is natural? Its not! It was man made!
PLEASE HELP WAKE UP FRIENDS, FAMILY, NEIGHBORS, COWORKERS
TO THIS UNFOLDING SCAM!!
How long are people going to allow the outrageous complicity of mainstream weather "reporters" in covering up this scam as "news" reports profit on ratings increases from man made disasters like this? Here we have mainstream weather "forecasters" trying to convince us that its "natural" when a house is blown completely off its foundation, completely obliterated, with bodies spread over a wide area...
If you watch Scott Stevens analysis, you will realize that chemtrails were sprayed over a huge geographical area covering different parts of the US and Canada to influence the targetting of Oklahoma with these killer tornados, and these chemtrails & HAARP are threatening all of our health.
PLEASE SHOW THIS CHEMTRAIL TIME LAPSE VIDEO TO FAMILY, FRIENDS, NEIGHBORS...
Please explain to them they need to drink sulfur water to detox, and take these other steps to detox because we're all undergoing massive biological attack!
Show them this video shot by the pilot of a Fedex aircraft of 2 KC 135 Tanker planes spraying chemtrails that intruded into his airspace, nearly causing a midair collision!  note that the FAA doesn't have flight plans for these spray planes so they're threatening all of our safety any time we fly!
Most don't realize the danger we're all in! No one can watch these videos and not realize we're being sprayed!
Please show your friends this radio broadcast with Neurosurgeon Russell Blaylock MD as he talks about how chemtrails are causing autism, Alzheimer's Disease, Cancer, and other illnesses and see this article by Dr. Blaylock titled CHEMTRAILS, NANO ALUMINUM & NEURODEGENERATIVE & NEURODEVELOPMENTAL EFFECTS.
Let them know they can protect themselves from all the toxic heavy metals being sprayed on us by drinking sulfur water!
Friends, did you ever meet anyone with advanced Alzheimer's disease who is so cognitively impaired that they can't even remember their own name or the names of their children? Its one of the saddest things I've ever seen, and I realize that chemtrails, with all the aluminum oxide and other heavy metals being intentionally sprayed on us are a big reason for the sudden escalation of Alzheimers's disease, and also Cancer, Morgellons disease, Asthma, Allergies, Mental Illness and other diseases and I wonder what we can do to warn people?
We're not defenseless! Organic sulfur has 16 electrons and protons in its outer shell. Its one of the most reactive elements on the periodic chart, and iodine is about the only thing it won't combine with.
Sulfur combines with all the aluminum, arsenic, barium, strontium, cobalt, and other toxic heavy metals being sprayed on us to form a sulfate of all of them and since its a mineral that can't be stored in the body, it safely pulls these toxins OUT of us so they can't hurt us!
Watch these two videos of an interview with a man who helped design Morgellons disease
Most people have no idea of the threat we're all undergoing! Please help me alert more people! See these photos of microorganisms being sprayed on us by chemtrails that are causing Morgellons disease: 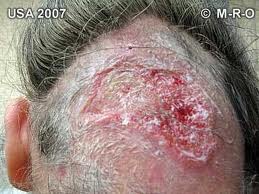 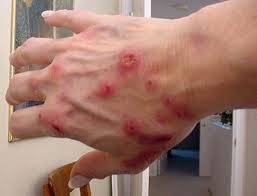 Read these introductory remarks by Dr. Gwen Scott:
"Introductory Remarks"
Dr. Gwen Scott States:
"I began to see there are a lot of components.  It is a very compound complex network of pathogens.  Organic, inorganic and all kinds of things.
We have fibers, heavy metals, bacteria, funguses, viruses that seem to be working somehow synergistically.  None of them good to the Human."
"I was able to touch base with one of the people who actively was involved in the design of some of this and I think at the time he thought he was doing this country some good - and in retrospect now realizes, perhaps not.  Now he's trying very hard to help anybody who's conscious of what's going on.  He did tell me that most of these pathogens have been genetically altered so that your immune system doesn't know that they're there.  They're cloaked, they're different, they can overcome.  I won't go into the specifics but just let's say these are not your average bacteria, virus, fungus - and of course heavy metals are not average in the human body anyway - and these fibers, these unusual fibers are wires that we're seeing.  People have said, "Well, where's it coming from?"  Clearly, there have been enough samples to know and Mr. Carnicom, Clifford, just made that connection for us through the air.  Some of them are coming to us through the air, with deliberation through the air supply.  I have been told by this same gentleman it is also being delivered to us by our food supply.  Particularly commercial preprocessed food"
Gwen also went on to say she believes that another vector of transmission is through vaccines.
Do you know anyone in Oklahoma, North Texas, Arksansas, or Missouri? Are you in one of these states? Please forward this to everyone you know, especially if they live in one of these areas that was just targetted by these man made tornados! Clearly, we are all in danger from the chemtrails being sprayed world wide that are being used for weather modification, and clearly weather is being used as a weapon against all of us!
This is genocide, and the toxins being sprayed ns being sprayed are very dangerous, but we're NOT POWERLESS to protect ourselves, our families or our pets or livestock!