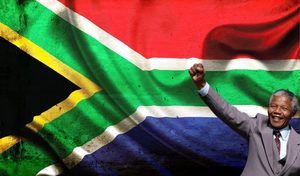 "In order to give our practical expression of support to the oppressed people of Palestine; the ANC has unanimously resolved to direct the SA government to immediately and unconditionally downgrade the South African Embassy in Israel to a Liaison Office."
This is a huge step in the right direction and a massive gain for the global boycott, divestment and sanctions (BDS) against Israel movement. The ANC, Africa's oldest liberation movement, which benefited from boycotts and sanctions against Apartheid South Africa, has provided direction and we look forward to others following suit. ISSUED BY KWARA KEKANA ON BEHALF OF BDS SOUTH AFRICA