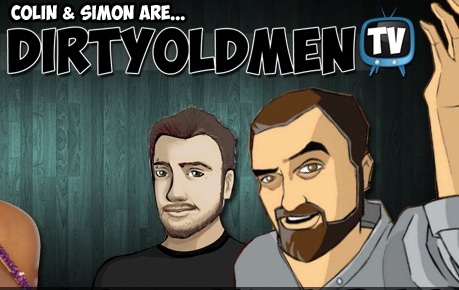 For Immediate Release: June 7th, 2012
After Stellar Premiere, DirtyOldMen.tv Webcast to Feature Evil Angel General Manager Christian Mann
BOSTON, MA— Wasteland/Spicecash’s CEO Colin Rowntree, one of the online adult entertainment pioneers, with fellow paysite owner Simon Abitbol, will have Evil Angel General Manager Christian Mann as a special guest on the newly launched video podcast, Dirtyoldmen.tv. The podcast pulls back the curtain on adult industry professionals that are both in front of and behind the camera, and have informative and entertaining conversations about our beloved industry.
A 32 year veteran of the adult business, Christian Mann has worked in various capacities including magazine publication, mail-order, production, sales and marketing. As owner of Video Team, he pioneered niche marketing with the popular all-girl series “No Man’s Land” and the urban series "My Baby Got Back." Currently, Christian Mann focuses his attention on Evil Angel’s marketing and brand position with an emphasis on both subscriber and advertiser funded new media.  Christian currently serves on the FSC Board of Directors as he did once before in the mid 1990’s. Christian is the recipient of AVN’s 1st Amendment Defense Award in 1991 and the Free Speech Coalition “Good Guy Award” in 2000. In 2010 he was inducted in the “AVN Hall of Fame – Founder’s Branch”. "I am not a dirty old man," says Christian Mann,  "I am a very young Christian Mann. I'm not dirty, nor old."
With a rousing start thanks to the lovely Ashley Fires last week, Dirtyoldmen.tv appeals to other adult entertainment professionals as well as the consumer market, as they converse with people from all over the industry, about all things adult entertainment. A new episode will air each Friday, with upcoming guests including Diane Duke (Executive Director of The Free Speech Coalition), Daisy Duxe (Business Development Coordinator for Rick's Cabaret) and RedlightCenter/Utherverse  CEO, Brian Shuster.
The aim of this show is to be informative, educational, and most importantly entertaining. The show hosts are adult industry pros and have been friends and collaborators for a long time, and thus have a veritable boatload of hilarious stories, experiences, and rapport with much of the talent and industry moguls that will be coming on the show. DirtyOldMen.tv also presents a blend of guests and topics that
will appeal to both consumers and adult industry professionals alike.
Colin Rowntree has been in the business since 1994 and needs no introduction to just about anyone in the adult entertainment business. Multiple XBIZ and AVN award winner, pioneer of many new technologies, and a stalwart business leader, Colin brings a breadth of experience earned from almost two decades of success in this industry as well as unsurpassed knowledge and charm to his new show.
Simon Abitbol has been in the industry for six years starting from scratch building free sites and building a successful network of niche fetish paysites. Wearing many hats in a day, from camera man to programmer to graphic designer to accountant, and an experience in live production and podcasting, Simon brings a boots-on-the-ground perspective, and will be hosting the show.
Colin & Simon are Dirtyoldmen.TV! Brought to you by Wasteland/Spicecash! Watch the premier episode on Friday, June 1st at www.dirtyoldmen.tv.
For more information, please contact Brian Gross, BSG PR, (818) 340-4422. Email: brian@bsgpr.com Twitter: @bsgpr