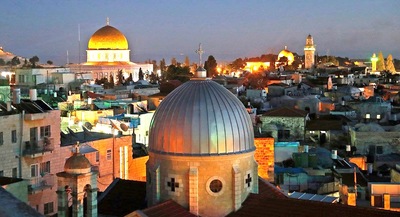 07 December 2017 | https://goo.gl/y3Ym8k
Yesterday Donald Trump, in defiance of the international community, took a major step in undermining International Law by recognising Jerusalem (a Palestinian city of Palestinian Christians, Muslims and Jews) as the capital of Israel and the site for the construction of a new US Embassy.
This is one step to too far; it cries for an end to usual timid and vacuous statements of so-called support for the Palestinians, a people who backed us during our struggle against Apartheid. There has never been a more important time for meaningful and real action to hold Israel accountable for its endless human rights abuses and violations of international law; simply put, for boycott, divestment and sanctions against Israel similar to the 1980s sanctions against Apartheid SA.
We expect pro-Israel officials responsible for the issue of Palestine at South Africa's Department of International Relations and Cooperation (DIRCO) to issue a vacuous statement that says that they are "concerned" and an empty meaningless line about “support for Palestinians and the two state-solution”. We expect no real action or solidarity from these officials at DIRCO including those who, like Donald Trump, speak as if they are pro-peace while their actions tell another pro-Israel story.
Actions speak louder, it is the time for concrete steps to hold Israel accountable for its unlawful annexation of Palestinian land and its oppression of Christian, Muslim, Jewish and all other Palestinians. We therefore call on the members, branches and leaders of South Africa's governing party, the ANC, to expedite the resolution for the immediate downgrade of the SA Embassy in Israel. ANC branches are expected to take this decision at next week's ANC Elective Conference in Johannesburg (click here).
Branches can show that their voices are more powerful than the millions of rands that the Israeli lobby is using to suppress the downgrade resolution. The downgrade of the SA Embassy in Israel will send a clear and concrete diplomatic message to Israel that its violations of international law, including its illegal annexation of Jerusalem, will not be tolerated.
South Africa has for too long maintained the non-beneficial apartheid-era diplomatic relations with Israel and nothing can justify its further continuation. The time is now, we are calling on South Africans to mobilise and organise as we will be needed on the streets. There are several protests being planned by South African civil society and human rights organisations against Trump's move and against the inability and/or refusal by forces in DIRCO to implement countless previous resolutions of the governing party that could hold Israel accountable.
The Israeli lobby in South Africa, represented by the SA Jewish Board of Deputies, will of course welcome Donald Trump as they are as right-wing and racist as Trump but we won’t be fooled. Israel and its lobby falsely claim to respect religions freedom in Jerusalem but, for example, routinely bar Palestinian Muslim men under the age of 50 from the Al Aqsa mosque and, for example, during Easter every year, Israel obstructs Palestinian Christians from praying at the Church of the Holy Sepulchre in East Jerusalem (click here for 2013, click here for 2014, click here for 2015, click here for 2016, click here for 2017). The Pope himself tried to stop Trump's latest move saying that: "I cannot remain silent about my deep concern for the situation that has developed...". Followed with an appeal by Pope Francis that "relevant resolutions of the United Nations" be respected. The UN, as per resolution 478, has previously declared Israel’s "basic law" claim to Jerusalem as "null and void."