Henric Claes is the guitarist from the kraut-disco ensemble This Is Head. After three albums with his band he has now recorded music all by himself. Music he has had inside him since early childhood.
Artist: Henric Claes
Title: Owl Light 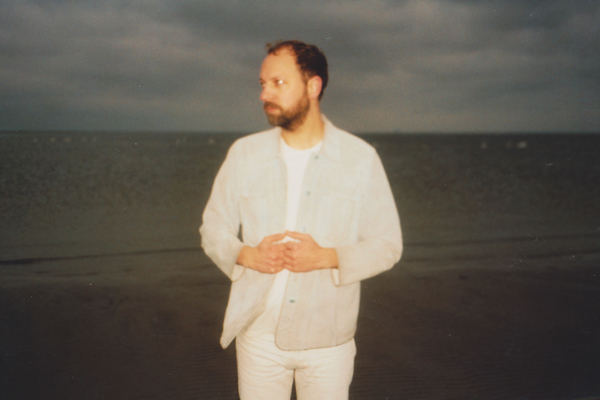 Download pix: https://www.dropbox.com/s/skos35h68j378jt/HenricClaes-FotoAliceBoman.jpg?dl=0
Photo: Alice Boman
"What I want to convey musically with Owl Light is a state of being, like dreaming away, stopping for a while to live in your imagination, traveling forward, letting a wave grab hold of you and floating with it.”
- Henric Claes
"Like a projection flickering on a wall, it stretches and moves, audio art flowing and dancing in strange motion."
The Line of Best Fit
This is the first apetizer from his upcoming EP "I Wake up with the Sun in My Eyes”, due to release in April. Henrics music blends instrumental soundscapes with pop melodies.  ---
"End of Time”, Alice Boman's second single from her upcoming debut album, was released on January 26th. Now a remix by frequent collaborator PAL is released, his remix of Alice’s track "Waiting" was featured in the second season of Amazon’s hit show "Transparent".
Artist: Alice Boman
Title: End of Time (PAL Remix)
Spotify: https://open.spotify.com/track/6u9Obk5dwHB0nknsV5r5yn?si=BliCHLsuQ-ytKZucRKVcLw
iTunes: https://itunes.apple.com/album/-/id1353916121 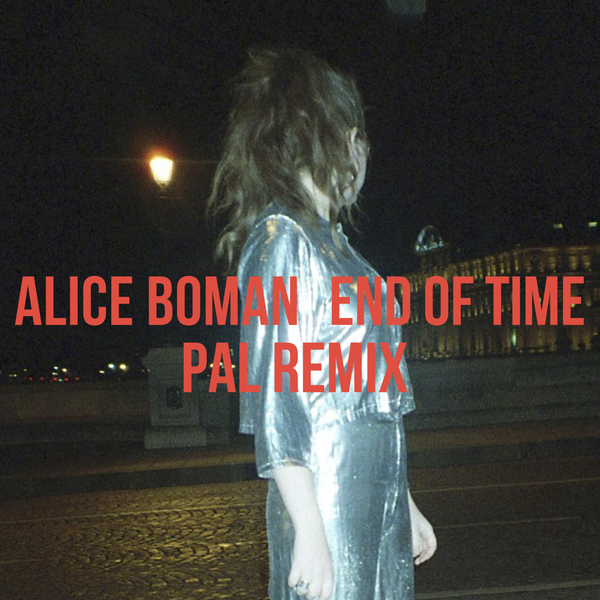 ”I did a remix of Alice Boman’s ”Waiting” some years ago. It went popular and became a part of the TV-drama ”Transparent”. So, when I was asked for another remix I was happy about it. Alice’s music is great to work with. Her songs are great and her voice and sounds seem to fit my synthesizers and drum machines in a good way. It was at the same time difficult to do something with ”End Of Time” since the original is really great, but I tried to find out something different with the song. I can that tell that all the voices in the track is Alice.”
- PAL
"PAL takes it into glitchier, downtempo territory and makes it a duet, resulting in a very different but just as beautiful song."
Brooklyn Vegan
Recently, Boman shared a video for her entrancing new song "End of Time,” which follows “Dreams” -- the “sublime, heartbreaking” (Gorilla vs. Bear) single that earned early acclaim from The New York Times, Billboard, KEXP, The Line of Best Fit, Beats1, and more. Directed by Jeanne Lula Chauveau, the “End of Time” video finds Boman and a dancer interacting on a dimly lit bridge in Paris, adding another dreamlike layer to the kaleidoscopic track. “End of Time” is a stark declaration of devotion, made all the more powerful by her evocative vocal delivery.

Alice’s EU tour just came to an end with sold out shows in Stockholm, Gothenburg, Copenhagen and London. And Boman’s first U.S. shows in 3 years - an intimate set at McKittrick Hotel’s Manderley Bar on March 26th, a Brooklyn show at Murmrr Theatre supporting Bing & Ruth on March 27th, and a show at Moroccan on April 1st, was recently announced.
2018-03-26: Manderley Bar at The McKittrick Hotel - New York (USA)
2018-03-27: murmrr - New York (USA)
2018-04-01: Moroccan Lounge - Los Angeles (USA)
Boman’s delicate bedroom compositions have captured hearts and minds across the globe, and she’s played over 130 shows since their release (including tours of the U.S. and Europe, and performances at Green Man, Visions and End Of The Road festivals), and earned praise from The Fader, NPR Music, The Guardian, Entertainment Weekly, among others, plus numerous TV and film syncs, including Suits, Being Human, and the feature film Paper Towns. Boman even made a guest appearance and performance on Amazon's hit TV series Transparent (the show used her song “Waiting (PAL remix)” as Season 2’s thematic motif throughout). 2018 looks set to build on that early promise.
Magnus Bjerkert
Adrian Recordings
Sweden