Feminism, performance art, dance and inconvenience! The band OLD has a new EP out. Read, listen and watch the video here.
"I’m a sucker for 3 part harmonies but coupled with lyrics like “hormones stole my sex life, give me my pleasure back,” we know we are not in normal “girl group” territory."
BUST Magazine
Artist: OLD
EP: Who's Who?
Label: Adrian Recordings 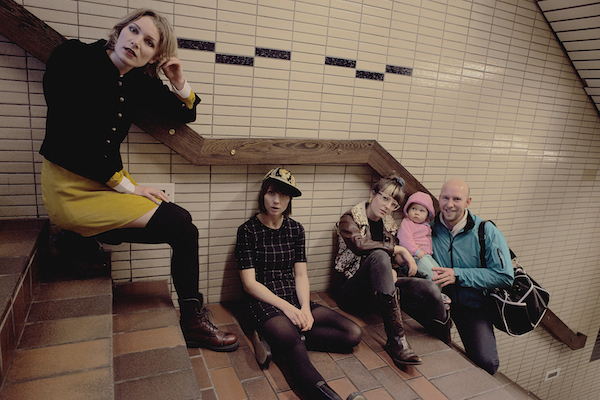 Foto: Amanda Davies
Stream and Download: https://soundcloud.com/adrianrec/sets/old-ep-2
Spotify: Old – Who's Who?
iTunes: https://itunes.apple.com/us/album/whos-who-ep/id956593040?uo=4
The first time the world got to hear, the Malmö based band, OLD was with the release of their debut single, "Knee Hang Gang", back at the start of 2014. A great big-bouncy party-song “for the party, the after-party and the party after the after-party” that was also given a fantastic remix by Sandra Mosh. Shortly after that their debut EP, "Old Ladies Die Young", arrived. Now, many shows later, they’ve finally found the time to get together with Emil Isaksson and producer Joakim Lindberg at Studio Möllan, to record a new EP. Which is not only finished but ready to be unleashed upon the world.

So what should you expect from the new OLD EP? Well, their trademark three-part vocals are still there of course, along with Eurythmics synths, thin Ace of Base ‘90s pop sound and a hint of something resembling a psychedelic girl-band. Plus obviously there’s lashings of that OLD-certified uncertainty that has become a staple of both their recordings and their live shows.

Political views of feminism are mediated through humor and art; of course the world feels insecure.