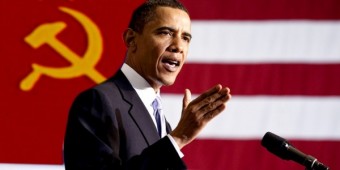 “a man who, even in his new state of belief, is spiritually living not primarily in the content of that faith, in the pursuit of goals appropriate to it, but only in the struggle against the old faith and for the sake of its negation."[2][3]

“Woe to those who call evil good and good evil, who put darkness for light and light for darkness, who put bitter for sweet and sweet for bitter.”
Isaiah 5:20 ([i])
[i] http://bible.cc/isaiah/5-20.htm
I'm proud to be the only person in the history of Point Roberts WA to ever be trespassed from Trinity Lutheran Church by the Whatcom County Sheriffs because it means I'm fighting satan head on, tooth and nail, taking no prisoners while openly mocking the Obamination and his shadow government stringpullers, esposing them for the microcephalic non entities that they are!(This especially includes the Rockefeller created "National Council of Churches" which is ably exposed as a satanic subversive, communist front group here.
(Check to see if the church you attend is a member, if they are, please do the same thing I did and see what happens! You will be thrown out the same way I was, via a kangaroo court, when you are not present to defend yourself. These people have zero honesty in them, they can only operate under cover of darkness.)

I was stunned by how deep the rabbit hole goes, but perhaps I shouldn't have been. I realize from what I've just been through in this Marxist Social Club that poses as a "Christian Church" that all over America and the World, at Easter services tomorrow, millions of people will be innocently singing hymms and listening to sermons being delivered by treacherous, traitorous pastors who are secretly communist globalists who are working overtime to destroy Christianity from within!
Read this about the satanic UN and their Lucifer Trust Publishing Company.
When I attempted to point out to the four pastors of Trinity Church (all of whom revere the UN along with the Obamination) that there is an Alter to Satan directly inside UN Headquarters, all of them refused to look at the information, and the Church Council refused to discuss it.
The only reason I even had a meeting with the Council was that one of its members (who has since stopped attending church due to disgust at how the Church has handled this situation) forced the meeting where I was attacked by all the other Council members including Gina Gaudet, one of the Marxist pastors who turns a deaf ear to all I've been saying about the UN "due to UNICEF" which is like someone saying they "love the MAFIA because it sometimes helps Widows and Orphans". (These pastors are being systematically BRAINWASHED in Rockefeller controlled seminaries such as Union Theological Seminary. They don't realize what they're doing.)

Read this expose of the World Council of Churches.

Read this expose of how the World Council of Churches is openly destroying Christianity by Baptizing Heathenism.