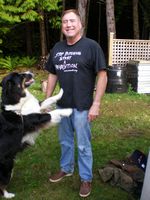 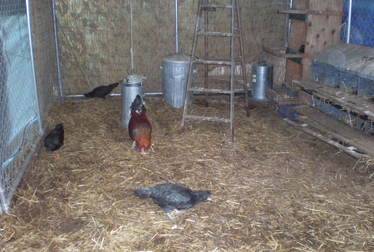 Your donations to help me help my brother will help free me up timewise and psychologically so that I can focus my attention properly on developing the best possible campaign for getting FDA to extend their comments period and for urging congress to pressuring FDA to drop these NDI comments since they're blatantly illegal as well as a huge threat to people's lives.

If I don't get the donations I need to fly my brother out here, and to get him orthomolecular assistance from Dr.Lesser, I will be forced to focus all my time and energy on commercial diving in order to be able to help him and I don't want to have to do that because I myself need to fight like hell to maintain my own access to supplements.

This isn't just ANYONE we're striving to help here, this is a great human being, this is my brother who has built school houses and drilled water wells in Africa, this is a highly educated guy who would give a stranger the shirt off his back. This is the same guy who helped me over 30 years ago when I really needed a hand up after reentering the world after 4 years locked up in mental hospitals myself. He didn't have much when he helped me, he was driving a cab in the daytime and teaching English to foreigners at night which is how he met his Ecuadorian wife, but what little he DID have he SHARED.

If you can help, please make a donation here via paypal or by sending a check or money order to IAHF 556 Boundary Bay Rd., Point Roberts WA 98281 USA.

I'll be glad to send you a detailed report on how you can successfully address severe hypoglycemia, gut dysbiosis, candida, chronic fatigue, severe depression, schizophrenia, ADD, ADHD, and autism. Please help me get to Expo East in Baltimore at end of September so I can rally the troops on the show floor so we can get FDA's comments period extended and so we can get Congress to force FDA to obey the law and remove their illegal NDI Guidance document which threatens to destroy our access to supplements.

You can learn more about this threat here.