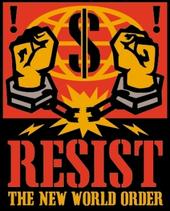 IAHF List:
This alert provides you with more steps to take to kill Obama"care" in the conference committee, and if it should make it out of committee and still be signed into law, we can STILL block its implementation at the state level- that should be started now.
We're lucky to live in a country where there is a check and balance still existing even if a bad bill is passed into law. States can still NULLIFY the law within their borders by refusing to enforce it, this happened with the REAL ID ACT which passed into law in 2005, but 13 states passed legislation refusing to enact it- and to this day the Fedstapo remains blocked from implementing it. More on this below.
A HISTORICAL PERSPECTIVE HELPS US SEE
THE TRUE DANGER OF OBAMA"CARE"
In 1913 when the Federal Reserve Act was shoved down our throats just before Christmas in a midnight session of Congress, America was removed from the Gold Standard, and our BODIES became the COLLATERAL pledged to the Federal Reserve when they agreed to loan us Federal Reserve Notes and charge interest on every one borrowed into existence.
We became partial SLAVES to the banksters, but ever since they've been trying to tighten their level of societal control even more with population control being a primary part of the ruling elite's agenda. "Obamacare" must be viewed in this context.
Today, 96 years after passage of the Federal Reserve Act, the world ruling elite who foisted this scam off on us have decided there are "too many of us" and they've decided to start killing us off via government instituted euthanasia methods already used by the British National Health Service which witholds nutrition and hydration from those deemed to be "near death" while drugging them heavily with sedatives:
"Sentenced to Death on the NHS"
The British Monarchies longstanding fascist euthanasia agenda is solidly exposed here via this brief videotaped interview with Anton Chaitkin who documents how this policy came to be inserted into Obamacare.
No domestic legislation can be accurately seen today without paying attention to how it dovetails with UN initiatives sought after by the world ruling elite- pushed via the Bilderbergs, Trilateral Commission, and CFR.
UN Agenda 21 is a population reduction/ societal control agenda that includes a plan to force people off the land, into cities where we'd be more easily controlled, and to rewild huge tracts of land which would then be off limits to humans who the elite intend to kill off through euthanasia programs such as Obamacare. Henry Lamb exposes UN Agenda 21, the Convention on Biological Diversity and the Wild Lands Project in this videotaped speech.
The well made documentary film "The Obama Deception"  provides a solid explanation of how the world ruling elite, via the Bilderberg Group, have managed to con Americans into getting all divided up along (superfluous) party lines, enabling them to insert Barack Obama much in the same way that the ruling elite successfully foisted Adoph Hitler off on the Germans prior to WW2. Obama and Hitler both followed wildly unpopular predecessors, both promised wide sweeping "changes" and both were fiery orators who seemed to have an almost hypnotic effect on the masses.
If you haven't seen this important film yet, I urge you to watch it now- everything we're seeing unfold in Congress now with Obamacare and other equally dangerous pro NWO legislation can be much better understood in light of it and the more people who view it, the better. The elite realized they were in deep trouble with Bush at the help because the masses were rapidly seeing through him to those behind the scenes who controlled him.
They needed a new puppet to have a chance to continue advancing their global control agenda, and in Obama, they've found just the right person. As he continues to renege on every campaign promise he made, Obama's approval rating will continue to sink, but we'll be very lucky if our countries survives him because through him the elite intend to destroy us and usher us into the North American Union dictatorship- and via that means  usher in geoncidal Codex vitamin restrictions through the Trilateral Cooperation Charter.
WE CAN STILL STOP OBAMA"CARE" IN THE CONFERENCE COMMITTEE &
EVEN IF IT PASSES INTO LAW THERE ARE STEPS WE CAN TAKE TO THWART IT AT THE STATE LEVEL
As a highly dubious "Christmas Gift" the Senate just rammed the population control measure known as "Obamacare" down our throats. The House and Senate language must now be reconciled in Conference Committee where it can still be killed.
Congressman Bart Stupak (D-MI), who got language inserted into the House bill prohibing use of taxpayers money to fund abortions under the measure has said that the Senate language would never be accepted in the House.
So one thing we can do is keep the pressure on Stupak and the other "Blue Dog" democrats in the House who support his pro life language against taxpayer funded abortions. We must urge them to refuse to accept the Senate language when the House is asked to vote on the Senate bill. If enough pressure can be put on these 64 congressmen not to budge, this bill will never make it out of the conference committee via this means.

State level resistance to unconstitutional Federal Laws is the way forward. Although the REAL ID Act was signed into law in 2005, it has yet to be implemented because numerous states passed laws refusing to enforce it.  Also see http://www.tenthamendmentcenter.com/2009/07/08/real-id-a-real-warning-on-the-danger-of-government/
Everyone who cares about health freedom must assist with resistance to tyranny at the state level. Study this site and get active where you live.
Health Care Nullification: Things have just gotten underway

by Michael Boldin
“The several States composing the United States of America, are not united on the principle of unlimited submission to their General Government.”
–Thomas Jefferson
For the past few days, I’ve received loads of emails urging me to get active regarding the healthcare vote – most of which had a subject line similar to: “Last Chance to Stop National Healthcare!”
Well, if you believe the only way to protect your rights is by begging federal politicians to do what you want, then these emails are certainly right. The vote went as expected, and so will the next.
So if you think marching on D.C. or calling your Representatives, or threating to “throw the bums out” in 2010 or 2012 or 20-whatever, is going to further the cause of the Constitution and your liberty – you might as well get your shackles on now. Your last chance has come and gone.
But, those of you who visit this site regularly already know that the Senate’s health care vote is far from the end of things – and you also know that even when it goes into effect (which I assume some version will), it’s still not the end of the road for your freedom.
The real way to resist DC is not by begging politicians and judges in Washington to allow us to exercise our rights…it’s to exercise our rights whether they want to give us “permission” to or not.
Nullification – state-level resistance to unconstitutional federal laws – is the way forward.
When a state ‘nullifies’ a federal law, it is proclaiming that the law in question is void and inoperative, or ‘non-effective,’ within the boundaries of that state; or, in other words, not a law as far as that state is concerned.
It’s peaceful, effective, and has a long history in the American tradition. It’s been invoked in support of free speech, in opposition to war and fugitive slave laws, and more. Read more on this history here.
Regarding nullification and health care, there’s already a growing movement right now. Led by Arizona, voters in a number of states may get a chance to approve State Constitutional Amendments in 2010 that would effectively ban national health care in their states. Our sources here at the Tenth Amendment Center indicate to us that we should expect to see 20-25 states consider such legislation in 2010.
20 States resisting DC can do what calling, marching, yelling, faxing, and emailing has almost never done. Stop the feds dead in their tracks.
For example, 13 states are already defying federal marijuana prohibition, and the federal government is having such a hard time dealing with it that the Obama administration recently announced that they would no longer prioritize enforcement in states that have medical marijuana laws.
Better yet, in the last 2+ years more than 20 states have been able to effectively prevent the Real ID Act of 2005 from being implemented. How did they do that? They passed laws and resolutions refusing to comply with it. And today, it’s effectively null and void without ever being repealed by Congress or challenged in court.
While the Obama administration would like to revive it under a different name, the reality is still there – with massive state-level resistance, the federal government can be pushed back inside its constitutional box. Issue by issue, law by law, the best way to change the federal government is by resisting it on a state level.
That’s nullification at work.
Over the years, wise men and women warned us that the Constitution would never enforce itself. The time is long overdue for people to start recognizing this fact, and bring that enforcement closer to home.
The bottom line? If you want to make real change; if you want to really do something for liberty and for the Constitution…focus on local activism and your state governments.
Thomas Jefferson would be proud!
Michael Boldin is the founder of the Tenth Amendment Center
Copyright © 2009 by TenthAmendmentCenter.com. Permission to reprint in whole or in part is gladly granted, provided full credit is given.