JOY is for the oppressed, the beaten, smashed, abused and neglected. But also wankers, idiots, losers and primitive humans will surely find something compelling here.
Artist: Bitch Hawk
Album title: JOY
Release date: Out now
Label: Adrian Recordings
Spotify: https://open.spotify.com/album/71D5Fvjem6a5poMLBGYke8?si=D7cu5dEmQ2SZ_flxa5AG9Q
iTunes / Apple Music: https://itunes.apple.com/album/-/id1433948065
Get the vinyl: http://adrian.tictail.com/products/artist/bitch-hawk
For review considerations please get back at me for files or vinyl.
Bitch Hawk is a Swedish hardcore/punk/sludge/neo trash band from Stockholm, Sweden. The band formed a few years ago and are working furiously. Songs, releases and tempo are intensifying in pace by the minute. JOY their second album is now out and it is the second album to be released in 2018. 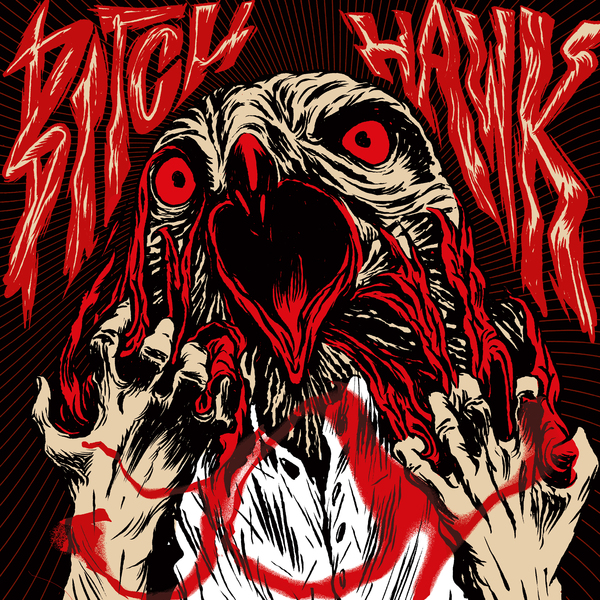 Artwork: https://www.dropbox.com/s/kmbiqlx33n3qj3i/BH-JOY.jpg?dl=0
by Kalle Mattson
Reviews are raving:
Ghost Cult Magazine
8/10
”Matt Tuck of Bullet for My Valentine stated earlier in the year that Metal as a genre has become stale; Bitch Hawk is the antithesis of that statement, they are the proof that the heavy genre is still alive, kicking and roaring. If the past two albums are anything to go by, Bitch Hawk’s career is certainly one to watch for the future.”
New Noise Magazine
4/5
”Those looking for nuance or calm are clearly in the wrong place, but Bitch Hawk’s latest release soars with an effervescent sense of (sure, why not?) joy. It’s hard to think about extreme metal being danceable, but JOY is most definitely hip-shaking.”
Gaffa Sweden
5/6
”Under namnet Bitch Hawk spelar ovannämnda konstellation stenhård hardcore/trash/metal/sludge av det mer kompromisslösa slaget och det låter helt underbart. Mindre än ett år efter deras debutplatta kommer nu uppföljaren. Det är 80-tal, 90-tal och nutid allt i ett, bindgalet hamrande trummor och Dillinger Escape Plan-gitarrer med Fred Burmans skriksång som tar låtarna över gränsen. Tillsammans med Pelle Gunnerfeldts (Refused, The Hives, Hellacopters, Entombed, med flera) skitiga produktion har de skapat en hårdare, vassare och brutalare skiva. Bandet har vridit åt skruvarna ett varv till och kokat ner deras egen hybrid av punk tills bara den nakna kärnan finns kvar.”
The Sound Board
7/10
”this is the sort of hardcore that would undoubtedly come into its own live in the most intimate of environments, but still manages to tightly pack in plenty of thrills on record.”
Tunnes of Trees
”With each track appearing, punching you in the mouth, and swaggering off again before you can truly comprehend what’s happened, this record is not one to be ignored.”

Small Music Scene
”JOY is an album that is heavy incarnate. Mad, chaotic and utterly rambunctious, the Swedish quartet have turned out something that is beautifully crazy and worth sitting through time and time again.”
Since the last recording, The sound has transformed in to an even sharper, nastier and brutal soundscape.
“We wanted the album to be called Joy. We wanted something totally stupid.
Our aim this time has been to cross-pollinate Megadeth and Lumpy and the Dumpers."
JOY was recorded, mixed and produced by Pelle Gunnerfeldt (member of Fireside, producer of The Hives, Refused, Entombed, The Knife, The Hellacopters, Peter Bjorn And John. Status Quo and many more) 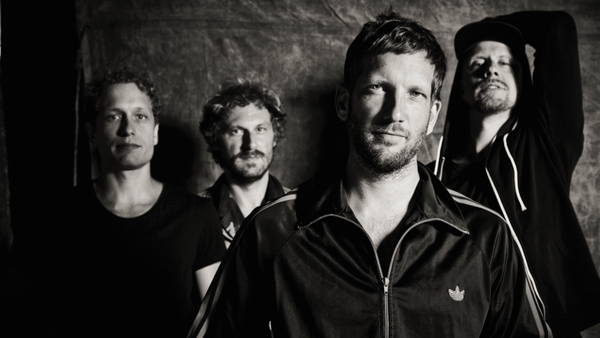 Bitch Hawk is:
Henrik Holmlund (Drums), Andreas Hourdakis (guitar) Patrik Berger, (bass) and Fred Burman (vocals)
The members have experience, not necessary in the hard rock business. Patrik Berger is a well known songwriter to big stars like Lana Del Rey, Charli XCX, Arial Pink etc etc. Among numerous hits he wrote “I Love It” to Icona Pop and “Dancing on My Own” together with Robyn. Andreas Hourdakis is a well known Swedish jazz guitarist that plays international shows in Magnus Öström’s (E.S.T) band and as a solo artist with his own trio. Fred Burman also sings in the band Satan Takes A Holiday and Henrik Holmlund is experienced from numerous rock and ska bands.
"The Bitch Hawk has laid its second egg this year, and this time it’s so damned hard that it was a pain in the ass to deliver. But we’re very pleased with it. Looks great, smells OK, sounds brutal."
Bloody Reviews
10/10
"Frankly this music would make great shit on the big scenes I think. No limits! Go fuck the world!! Machines on guitars, demons on drums and vocals.”
Metal News
90/100
”A kind of Proto-Core as heavy and fat as a bar of salmon drowned in bourbon”
Press pictures: https://www.dropbox.com/sh/ic0zzhaalibl1q7/AAAHyHFZsiIdSbOSDVhoUIIZa?dl=0
Photo: Anders Jungermark
Adrian Recordings
magnus@adrianrecordings.com
www.adrianrecordings.com