January 25, 2017
Back issues of WOWW! are archived at WOWW! Archives
IN THIS WOWW!
Appearances
Words from Wade
Fan Club Party
Vanderbilt Ingram Cancer Center Benefit
On the Net
In Case You Missed it
WADE APPEARANCES
1/27/2017 - Tampa, FL - Country Music Cruise
2/16/2017 - Owensboro, KY - Theatre Workshop of Owensboro Empress Theater (Not a concert; a taping for radio and tv - Wade and Johnna Day will each feature 3 pre-recorded songs and do an interview. We probably won't even see a guitar.)
3/7/2017 - Franklin, TN - Benefit show for the Vanderbilt Ingram Cancer Center - Wade Hayes, Randy Owen, Tracy Lawrence
7/29/2017 - Fayetteville, TN - Molino Fire Dept./Community Center
6/6/2017 - Nashville, TN - Nashville Navy
8/5/2017 -  Nashville, TN - UNDY 5K
2/3/2018 - Country Music Cruise # 5
For appearance details, go to the Tour page of wadehayes-woww.com. You can even get a map link that will guide you to a venue when you enter your own starting point.
Words from Wade
Helen What was interesting and  what did you most enjoy on the Japanese trip? The Japanese trip was incredible.  I didn’t have any idea I would enjoy it as much as I did. I am so thankful I got the chance to go see it.  It’s one of the most interesting countries I’ve every been to. I was really, really taken aback by how polite and respectful the people were. How clean the city was. It was just amazing. it reminded me of what America used to be when I was a kid.  You didn’t see a speck of graffiti any where. I actually took a picture of a public transportation bench at a bus stop, because it was perfect. It was pristine. It was an amazing country and - beautiful.  The mountain area was gorgeous. It was amazing to see. I was very thankful to get to go. How were the Japanese country music fans? The Japanese fans  were amazing. They were all out there line dancing. They all had their wranglers and cowboy hats on. In the autograph line, there were people who had every record I had ever made, having me sign them.  I couldn’t believe it. It was amazing. That trip was one of my favorites I’ve every taken. It was great. What’s been keeping you busy lately? I just finished the new album.  I had a couple of things I had to play guitar on and a couple of harmony parts to do. I recorded another hymn on this record. It’s a song called “In Christ Alone.” It’s one of my favorites songs that we sing at church. This album is really good; it’s interesting. I stretched out on a couple of songs. Hopefully they will be surprises in a pleasant way. I did a couple of covers on this record that I’ve always wanted to do.  One of them was “Going Where the Lonely Go.”  I had to pay homage to Merle Haggard, you know. He meant so much to me when he was living. He was a big part of my childhood. And I recorded a Conway Twitty song, called “Julia." It has always been one of my favorites. And I heard my friend, Megan (Mullins), singing it one day when we were at a gig. I knew that song, so we started singing it together backstage. I said, “I’ve got to record that." So I did that one and I recorded a Chris Stapleton song that I loved. It’s pretty cool.  It turned out great!
Helen: Added note from later. Wade is hoping to release the record in late February. The music is ready.  Now it's getting the business part (various permissions) and the art work completed.
I know you're eager to promote the new project. Don't start on radio stations about the new project yet. We need to wait until the album is actually available. However, continuing to request his older material is great. Also, think about doing reviews for his music on Amazon.com
Really looking forward to the new music!
VANDERBILT INGRAM CANCER CENTER BENEFIT
This is the 2nd annual event that Wade has presented. He owes his life to this group that was guided by God (whether they actually knew that or not). This is his payback to help their continuing research. Held at the beautiful Franklin Theatre in Franklin, Tennessee, it features Randy Owen, Tracy Lawrence and Wade. Great venue! Great entertainment! Great Cause!
FAN CLUB PARTY
We're still up in the air. I thought I had it settled, but got the word that some fans didn't like the early morning hour which was the only time that Hermitage House Smorgasbord could cater for us and it also kept us from overlapping with CMA Fest. We chose Friday to help people on their vacation days. Also, there was plenty of free parking and good food. The other downside was that Wade had to bring sound equipment.
So now we're looking for a place that has space, free parking, sound equipment, will allow us to bring in catered food and is available on Wednesday, June 7 at noon. Hopefully, it won't be too difficult to get to. I don't look downtown because of difficult, expensive parking. Wade will be playing the Nashville Navy show the night before and Wednesday is a day that conflicts the least with the CMA fest activities. Hopefully, it won't be too difficult to get to.
ON THE NET
There's some great interviews out there.
Listen to:
Colon Cancer Podcast
Inspiration Junkie Podcast
Read:
2017 Country Music Cruising with Wade
North Carolina Mountaineer-Village Soup
IN CASE YOU MISSED IT
GRAND OLE OPRY SHOWS ARE ARCHIVED.
Wade was there on these 2016 dates:
He is usually on the first segment of the show.
July 6, 13
August 5
September 13, 17
October 11, 27
November 22
December 2
http://wsmonline.com/archives/grand-ole-opry/
The  big issue with the Opry Archives is scrolling down to find the date that you want to hear. Scroll down to Explore the Arcjves. The scroll button for finding the date you want is black and practically invisible near the top of the time listings.  So I've created a graphic to help find it.

And our news page has a couple of pics of Wade backstage at the Opry.
NEWS
Wade answers 5 questions in 45 seconds.  This is a WSM feature that is playing on You Tube.
https://www.youtube.com/watch?v=F_-7-fbkiLM
For the Country Faith Hymns project, Wade recorded "Just As I Am." He arranged, produced, sang and did both guitar parts. Megan Mullins sang background, played the fiddle and the accordion. WSMV-TV invited them to perform on their noon day show.  Here's a link to that performance. You can hear them on the album. Now you can see their live performance.
http://www.wsmv.com/Clip/12522169/wade-hayes-just-as-i-am-61316 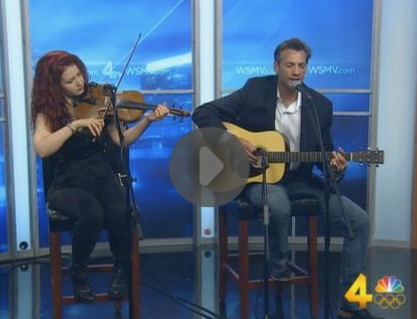 ON THE 'NET
Wade's Official Web Site - includes a merchandise store
You can check out past events that included Wade on the Links page.
http://www.wadehayes-woww.com/wadehayeslinksan.html
WOWW-Pics Site is down temporarily. I have to locate it to a new server.
http://www.woww-pics.com
FAN HELP IN PROMOTING WADE
GUIDELINES FOR USE OF WADE'S MATERIAL - pic, name, logo, signature GUIDELINES FOR USE OF HIS MATERIAL - pic, name, logo, signature
Social Media -
Official Site
WOWW! Site  -Official Fan Club Site
Wade's Facebook Music Page
Wade's Facebook Friend's Page
Wade's Twitter Account
Wade's Most Recent Videos
Video for Is it Already Time?
Get the word out - use your facebook page, your twitter account, your e-mail to ask your friends to view this video. It's hard to imagine that there's anyone left in these United States who hasn't had a friend or a family member who's faced this situation. You can tell them, too, that from the beginning Wade's odds of making it were poor. Now he stands on the side of good health and is rebuilding his life and his career. Praise God!
Video for Go Live Your Life
What an anthem for for making the most of this short, precious life on earth. Wade nailed it. It's an anthem to live by.  Go Download!
The Links page is your source for finding pics, videos, reviews on other sites.
WadeHayes-WOWW.com Links Page
WEB SITES
Official Site
WOWW! Site -Official Fans Site
WOWW!-Pics Site
Facebook Fan Page
Facebook Friend's Page
BOOKING INFORMATION
Refer talent buyers to Wade's management
Mike Robertson Management
Phone: 615-329-4199
Fax: 615-329-3923
E-mail: assistant@mrmmusic.com
If you want to see Wade in your local area, ask your favorite venues to seek booking information.
Supplemental Booking - especially Texas
Mike McCary
mike@markchesnutt.com
If your venue is interested in booking Wade, an offer can be submitted at this site:
www.mccaryentertainment.com/wadehayes
ABOUT WOWW!
WOWW!, an e-mail newsletter to Wade Hayes fans, began in December, 1997. Subscribers reside in FIFTY (50) states as well as -
Australia, Brazil, Canada, England, Germany, Iraq, Ireland, Italy, Japan, Netherlands, Scotland, South Korea, Spain, Switzerland, New Zealand, Hong Kong.
WOWW! E-mail
Mailing Address:
WOWW! News / Helen Neal
P O Box 148274
Nashville, TN 37214
Messages for Wade can be sent to the same address. Mark ATTN: Wade Hayes
Wade has requested, "No presents, please."
Wade Hayes Appearance Details
http://www.wadehayes-woww.com/wadehayestour.html
Check with venues before travelling.