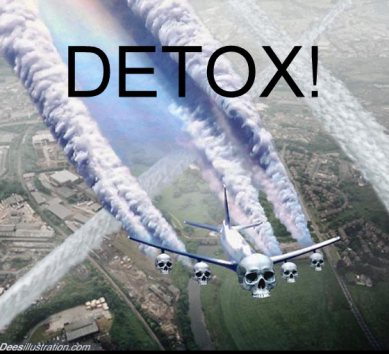 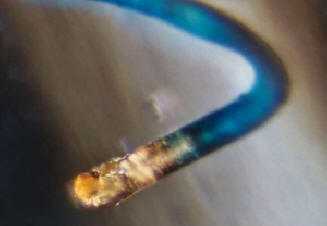 
JUST SAY NOTO BEING TURNED INTO A
NON REPRODUCING CYBORG!!
I REFUSE to be biologically chipped! I don't want to be turned from a human being into a cyborg! I grasp the REALITY of Nanotechnology, and realize that the ruling elite are evil psychopaths from the darkest, deepest, most stygian regions of hell!
They are pushing Gay marriage and forced vaccines on us for population control purposes. This is all EUGENICS!! In California, they just passed a bill in the State Legislature that forces vaccines on all school age kids with no excemptions, (that battle now will turn to the courts) and we have an effort underway to pass similar legislation in other states and to force vaccines on adults nationally!
FIGHT BACK!! WE ARE NOT POWERLESS TO DEFEND OUR BODIES FROM THIS ASSAULT!
I use this Nebulizer before going to sleep, when I wake up, and before and after exercise because I want to really open up my cell membranes to get oxygen into my cells and sulfur does that, I want to maximize ATP production in my mitochondria (and Magnesium sulfate does THAT) and I also mist Magnascent iodine into my lungs because it is an antimicrobial/anti fungal agent and I want it in my lungs and in my blood to ANNHILATE any weaponized parasites that MIGHT attempt to proliferate in my body because I know they're in there, but I don't want them taking over and becoming full blown the way they have in Skizit or in anyone ELSE who has full blown Morgellons, which, by the way, is contageous!
Do you work in an office environment? How do you know the person in the next cubicle over doesn't have it??? You DON'T!! How do you know that person you're sitting next to on the plane or bus doesn't have it??? You DON'T!!
Can you REALLY afford to take that chance? Do you have KIDS?? How'd you like to contract full blown Morgellons and spread it to your whole family?
Trust me!! You don't WANT to! You want to do all in your power to PREVENT IT, and if you DO get it full blown, I recommend you not mess around, I recommend you go to Matamoros to see Michael Chapalla and get ZAPPED!!!
Morgellons is electrical, we can KILL it using pulsed electromagnetic fields, but the BEST thing to do is to PREVENT IT in the first place!!
SAVE YOURSELF AND YOUR FAMILY!!!
I am ingesting a couple tablespoons per day of sulfur, and I'm using Intestinal Formulas #1 and #2, Super Echinacea, Super Food Plus and Magnascent Iodine!
I am using THIS NEBULIZER which I will send you for FREE if you purchase 10 or 20 lbs of sulfur and or a combination of up to $300. worth of my other products. (If you live outside the USA email me at jham@iahf.com for a shipping quote, I have to charge for shipping for the nebulizer if you are outside the USA.)
HELP AWAKEN SLEEPING FAMILY MEMBERS, NEIGHBORS, FRIENDS, COWORKERS!!
SHOW THEM THESE DOCUMENTARY FILMS ABOUT GEOENGINEERING, MOST DON'T REALIZE THE DANGER WE'RE ALL IN, MUCH LESS HOW TO PROTECT THEMSELVES:
1. What in the World Are They Spraying? by Michael Murphy
2. Why in the World Are They Spraying? by Michael Murphy
3. Trailer for "An UNconventional Shade of Grey" by Michael Murphy, which he needs help to complete, please make a donation towards completing this film which must be finished in time to influence the UN Climate Change Summit at the end of December this year! Murphy makes a valid point "How can we know anything about whether the planet is warming, or cooling unless we STOP GEOENGINEERING which is adversely impacting our climate?" He warns us that we must stop this UN Power grab which threatens to destroy all national sovereignty via legal action, and we need this film to protect ourselves, so please contribute to it as I have and please urge more people to as well!
4. Tanker Enemy- "Chemtrails the Secret War"
5. Direct people to this leaked NASA document "Future Strategic Issues- Future Warfare 2025"
People can learn here about the Transhumanist agenda to cull the human herd and to turn us into non reproducing cyborgs, the future is NOW! Morgellons is a man made disease, its being sprayed on us right NOW. All the toxic heavy metals, viruses, molds, and weaponized parasites are being sprayed on us for the purpose of killing and injuring us, and we must take steps to detox or we will pay the consequences! We documented the patent on Morgellons in this previous alert. The patent is held by Stanford University.
5. Direct people to my archived e-alerts  which your friends can sign up to receive HERE.
6. Direct people here so they can arm themselves for detoxification with sulfur and my other products!
Please delete the unsub link before forwarding, and please repost this to more websites! You will never see this information in the mainstream media, so we must do more to awaken those around us while we still can!