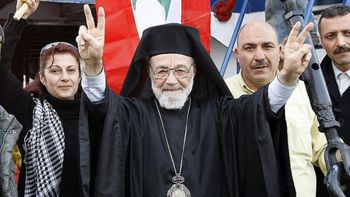 The human rights and Palestine solidarity organization BDS South Africa joins millions across the world mourning the loss of the celebrated former Archbishop of Jerusalem, Hilarion Capucci. On Monday the Vatican released an official statement confirming his death but did not give any more details.
Archbishop Capucci was born in the Syrian city of Aleppo in March 1922 and was ordained a Catholic priest of the Basilian Alepian Order in the summer of 1947. Nine years later he became archbishop and in 1965, Patriarchal Vicar of Jerusalem in the Holy Land.
Under Apartheid several South African clergy had actively joined the resistance against the regime including Archbishop Desmond Tutu, Archbishop Trevor Huddleston, Father Michael Lapsley, Reverend Beyers Naude, Dr Alan Boesak, Reverend Frank Chikane and many others. Likewise, when the Palestinian revolution was declared on January 1st 1965, Archbishop Capucci came out in its defence, forging a close friendship with the late PLO leader Yasser Arafat.
On August 8, 1974, the Syrian-born priest was arrested by Israel and sentenced to 12 years behind bars. Speaking of his activism and backing of the Palestinian struggle, Archbishop Capucci explained that: “Jesus Christ was the first Fedayeen [resistance fighter]. I am just following his example.” (Click here for more info on Capucci.)
----------
---------- 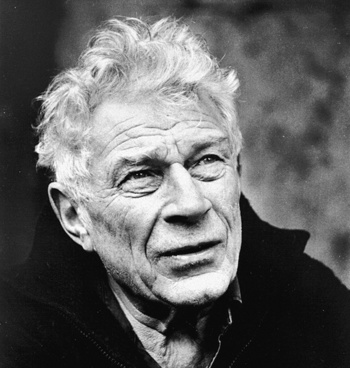 Human rights campaigners and Palestine solidarity activists are also saddened to have received news yesterday of the passing of John Berger, the renowned author, poet, art critic, long time supporter of the Palestinian struggle and one of the first academics to back the BDS boycott of Israel. Berger won the Booker Prize for his novel titled "G.". His, now popular book, "Ways of Seeing", was also made into a BBC television series.

Just over a year ago in October 2015 Berger wrote a moving letter to the Palestinian youth resistance saying that :"Beethoven’s Piano Concerto no. 5 summons up a happiness that is almost boundless and which, for that very reason, neither he nor we can possess. The Concerto was nicknamed the Emperor. It carries us to an horizon of happiness we cannot cross. I send it today to the Palestinian students demonstrating at the Beth El checkpoint at the entrance to Ramallah. They too are inspired by a vision of happiness they cannot know in their lives. I send the Concerto as an arm to be used in their struggle against the Israelis who occupy and colonize their homeland. Beethoven approves. He cares deeply about politics. His Symphony No. 3, the Eroica, was inspired by Napoleon when he was still a freedom-fighter and before he became a tyrant. Let’s rename the Emperor for a day: Piano Concerto no. 5, the 'Intifada' [Palestinian resistance/uprising]". (Click here for more info.)
In 2006 John Berger together with more than 90 other high profile authors, film-makers, musicians and performers publicly called for support of the BDS boycott of Israel as a non-violent method to end Israel's violations of international law and human rights abuses. He wrote to his colleagues at the time saying: "I would like to make a few personal remarks about this world-wide appeal to teachers, intellectuals and artists to join the cultural boycott of the state of Israel, as called for by Palestinians [...] and - very importantly - also by a number of Israeli public figures. [...] As Nelson Mandela has pointed out, boycott is not a principle, it is a tactic depending upon circumstances. A tactic which allows people, as distinct from their elected but often craven governments, to apply a certain pressure on those wielding power in what they, the boycotters, consider to be an unjust or immoral way. In white South Africa yesterday and in Israel today, the immorality was, or is being, coded into a form of racist apartheid." (Click here for more info)
----------
----------
We enter 2017 with the sad passing of two mighty giants. However, we are also inspired and motivated by their efforts to make this world a better place and in particular to end Israel's regime of Apartheid against the indigenous Palestinian people. We hope that 2017 will usher in the freedom for Palestinians that both Capucci and Berger fought so hard for.

Hamba kahle dear comrades, in your memory, we will continue and intensify the struggle for a free Palestine...
ISSUED BY KWARA KEKANA ON BEHALF OF BDS SA