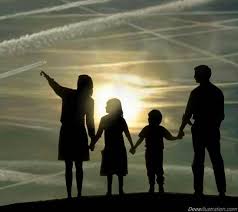 IAHF List: I just got back to Point Roberts after nearly 3 weeks in a country where the only chemtrails are some that drift in from offshore, they're not spraying the Philippines directly, at least for now.
Immediately I noticed the spraying upon my return, and I found myself reflecting on the raw, mind numbing evil we're all contending with here. How many of your immediate friends, family, neighbors and co-workers are still scoffing at you when you attempt to discuss this issue? The might start to "get it" if you show them this montage of photos.
We need to blow the whistle faster on this issue. One way to do that is to pre-order your copy of film maker Michael Murphy's latest upcoming documentary on this issue ("Who in the World Is Spraying?")
Which will fully expose the culprits behind this genocide scam. (See a trailer for the film above, and if you haven't yet seen his previous two exposes, or need them to forward to still sleeping contacts who need to start detoxing, you'll find "What in the World Are They Spraying?" and "Why in the World Are they Spraying?" at these links.
Also please show more sleeping people this info from NASA which shows that they're very much a part of this genocide scheme...
All the time people say to me "Why would they want to poison our air? Don't the ruling elite breath this same air?" (Yes, IF they live in an area being sprayed, and many of them either don't, or if they do, they have learned all the detoxification techniques that I teach in this article. Many of these ruling elite people have their own hyperbaric oxygen chambers like this Sechrist Model H that they use for detoxification, but how many of us can afford one? I sure can't!
Thats why I make damn sure I drink sulfur water twice a day to insure I am pumping my cells full of enough oxygen to drive all the toxins from the chemtrails out of my body!