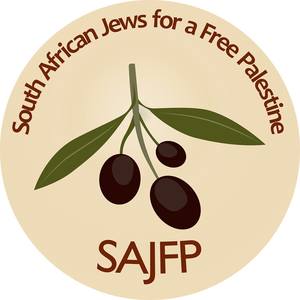 South African Jews for Free Palestine (SAJFP) is honoured to be hosting four representatives of Palestinian society in Johannesburg and Cape Town over the next two weeks.

Their visit stems from a trip undertaken by a South African group, in May 2015 to the South Africa Forest in Galilee, in present day Israel. The forest - which is planted through donations to the Jewish National Fund (JNF) - covers the Palestinian village of Lubya.

The 2015 visit included a ceremony where South African Jews pledged that they did not know the forest was on the ruins of Lubya, with over 200 pledges handed over. This ceremony deeply touched those from Lubya and Zochrot. It also brought into sharp focus the situation Palestinian citizens face, whether living inside Israel borders, the Occupied West Bank and Gaza and living as refugees across the world, as millions do. References to the 2015 visit to Israel www.dailymaverick.co.za/article/2015-05-05-op-ed-in-lubya-resisting-oblivion/#.V8PRKJh97b0 and here www.haaretz.com/israel-news/.premium-1.655422.
SAJFP is hosting representatives from Adrid (advocates for the rights of Palestinians displaced inside Israel/Palestine), including someone born in Lubya, Zochrot (an Israeli NGO raising awareness about the Nakba in the Jewish Israeli public to create conditions for the return of Palestinian refugees and a shared, democratic life in Israel) and Adalah (dedicated to researching and lobbying for full civil rights for Palestinian citizens of Israel).

Media is invited to a press conference where the Palestinian delegates will be speaking and outlining their itinerary:
Date:  Wednesday 31 August 2016
Time: 10:30 AM
Venue:  Sophiatown Museum and Trevor Huddleston Memorial Centre 73 Toby St, Sophiatown

*South African Jews for a Free Palestine (SAJFP):
SAJFP is an organisation of South African Jews wishing to see a just resolution to the conflict in Historic Palestine. We strongly believe in the Jewish concept of Tikkun Olam, “Repairing the World” which embodies social action and the pursuit of social justice. Historically Jews have been involved struggles to achieve social justice and we are proud to continue this tradition. Furthermore, as Jews, we feel obliged to speak out against injustice purportedly carried out in our name.

*Note to the editor:
The representatives of Palestinian civil society will be holding several meetings with the general public in Johannesburg and Cape Town from 29 August to 6 September. They will also meet government officials and other political parties as well as interested groups who are committed to a just resolution of the conflict. The parallels with South Africa’s own past of settler colonial domination and dispossession is striking and this will be a rare opportunity to hear the history of Palestinian efforts to recover their lost homes and lands in the face of ever tightening Israeli control as well as their vision for the future. Given the important role played by the global anti- Apartheid movement in pressurising the Afrikaner Nationalist government to enter into negotiations for a dismantling of that system, this will also be an opportunity for South Africans to engage with Palestinian activists and discuss the best ways in which we can offer support for their struggle against occupation and dispossession. The documentary of the Village under the forest: http://karibu.no/viewstories.asp?id=264