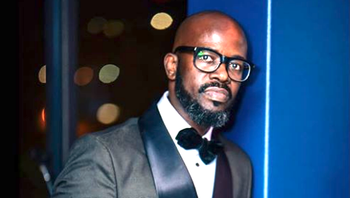 02 April 2018 | https://bit.ly/2pYGN5I
The human rights and Palestine solidarity organisation BDS South Africa joins fellow South Africans in expressing our disappointment in DJ Black Coffee's decision to, once again, perform in Tel Aviv in violation of the cultural boycott of Israel (click here for ENCA news article).
Earlier today, on Monday 02 April, Black Coffee was trending at number one on Twitter as social media users slammed the DJ's Friday night (30 April) performance in Israel. South Africans were particularly angry given that a few hours before his Israeli performance Israeli snipers shot dead over 15 young un-armed Palestinians in the Gaza Strip (click here).
Even more ironic is DJ Black Coffee’s performance in a country that is increasingly anti-African, with Israel’s Minister of Culture having in recent years compared Africans to a “cancer”.
---------- * ----------
Nkosinathi Maphumulo, better known as DJ Black Coffee, has responded to the online criticism by saying that he was in Israel in order “to feed my family”. However according to a December 2017 Business Report article DJ Black Coffee's net worth is an estimated R27,3 million. More importantly, we call on DJ Black Coffee to choose morality, ethics and human rights above profit similar to the thousands of artists who boycotted Apartheid South Africa during the 1980s and contributed to our liberation.
In a tweet with a link to a pro-Israel propaganda video, the artist also tried to suggest that he wanted to “learn” more about the issue. This is dishonest. In 2014, DJ Black Coffee had also crossed the picket line and performed in Israel (click here). BDS South Africa had tried to engage with the artist before his performance by privately writing him a letter (click here). In addition, a group of progressive Jewish Israelis had written to him explaining the issue and urging him not to perform in Israel (click here for the Israeli letter to DJ Black Coffee). He ignored and chose not to engage with either group.

On Friday the 30th of March 2018 DJ Black Coffee knew exactly what he was doing when he (again) violated the boycott of Israel, his claim of ignorance is hard to take seriously. We unfortunately suspect that his performance in Israel was no mistake and is a sign of his bias toward, what Archbishop Tutu has termed, an apartheid regime. Its up to DJ Black Coffee to now condemn Israeli Apartheid, its illegal occupation, racism against Africans, its imprisonment of children and its killing of Palestinian youth. Its his choice to be on the right side of history.